A letter from the tax man isn’t often a welcome sight, but for high street favourite William Hill it couldn’t be better news. The same can be said for sports betting and gaming group GVC Holdings, who own Ladbrokes and Coral.

They are expected to claw back £350 million between them in overpaid VAT.

It couldn’t have come at a better time for them either, what with lockdown closing betting shops and putting a stop to most sporting fixtures. 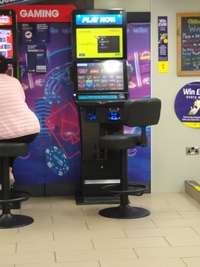 This hasn’t happened because the tax man is feeling generous though. Bookmakers and casinos have been in a long running legal battle with HMRC for years.

The case is thought to have cost over £1 billion, and having lost two previous court rulings on the same subject HMRC announced last week that they would not appeal the latest decision.

The gambling firms actually have Betfred and The Rank Group to thank for this, who initiated the claim over VAT paid on FOBT takings between 2005 and 2013. Their argument was that FOBTs were the same as machine like roulette wheels, which are exempt from value added tax, and Mr Justice Mann and Judge Thomas Scott agreed – the government should not have taken VAT on those products.

William Hill and GVC are the first in line to make a claim, but it is thought that more firms may follow in their footsteps, and this will no doubt feel like just desserts to the bookmakers, who were forced to reduce stakes on FOBTs last year costing them millions.

William Hill’s share of the tax rebate is expected to be between £125 and £150 million based on their own calculations, but the amount has not yet been confirmed.

A spokesman for William Hill has said of HMRC’s decision not to appeal;

“As a result of this announcement, we will now engage with HMRC to agree the support for, quantum and timing of the refund,”

GVC are looking at even more, around the £200 million mark for their mistaken payments.

However, it’s not just the rebate that will benefit the gambling giants. William Hill’s share price shot up 6% after the news broke, with GVC already up by 2% and counting.

In such troubling times this is fantastic news for the companies who had been battening down the hatches due to COVID-19, but as for the government who are already haemorrhaging money in support for those unable to work, this is something they could have really done without.