The news of this unprecedented event broke yesterday, and the story involves a well known jockey who had been betting on races despite his position meaning he was not permitted to do so, sometimes even betting on himself.

It wasn’t for chump change either, handing over thousands just on races he was personally involved with, not to mention those he wasn’t.

His ban will more than likely end his competitive career as well as serving as a warning for anyone else in his position who is thinking about doing something similar.

Who is the Jockey Who Bet Using a Fake Name? 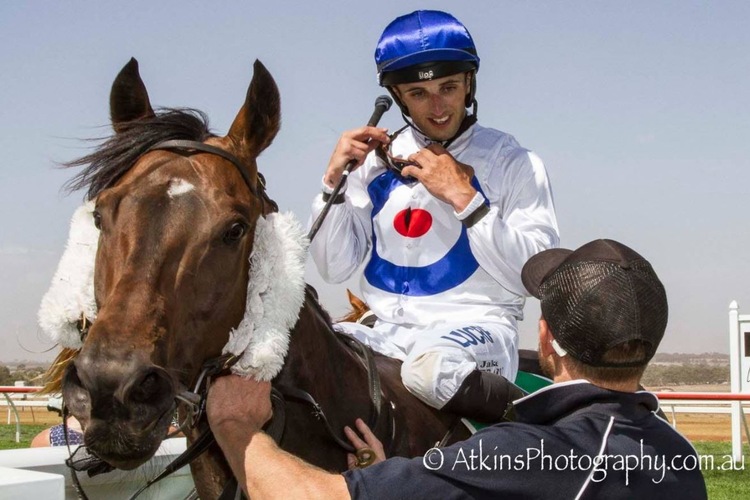 He’s so famous we will have to introduce him twice.

Terry Treichel is a 41 year old Aussie jockey who has won more than £7.3 million in his long career.

However, after many years riding under his real name, Treichel legally changed his name to Daniel Jack Smith.

His plan was to bet under his new name while continuing to ride using his old name. Since online betting accounts require legal proof of identity he had no problem opening accounts because, as far as the law was concerned, Daniel Jack Smith was his legal name.

“This is a unique set of circumstances not seen before in Australian Racing. The coveting of a change of identity and subsequent volume of betting whilst licensed as a jockey is unprecedented.”

Between July 2019 and December 2020 he is suspected to have made around 200 bets. 168 bets were made on races he was not involved in and at least 27 where he himself was riding.

Why Are Jockeys Not Allowed to Bet? 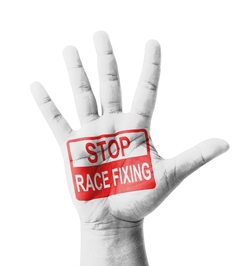 If you think about it, jockeys not only have an unfair advantage in the form of insider information, but they can literally rig the race too if they wanted to.

This leaves them wide open to exploitation, and so whereas trainers and owners are allowed to bet on certain races, there is a blanket ban on jockeys placing a wager.

The exact wording from the BHA (British Horseracing Association) is:

“A Professional Jockey must not lay or back bet on a horse in any race, or instruct another person to do so, or receive proceeds from such a bet.”

Pretty clear cut then, and the rules are the same over in Australia.

A jockey’s ability to directly influence the outcome of a race, or at least how well their horse does in a race, means that it is far safer and easier to control corruption and race fixing by simply banning them from betting altogether.

Other Jockeys Who Have Bet When They Shouldn’t Have 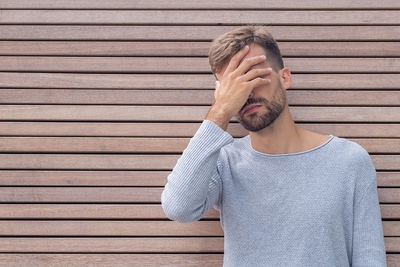 Treichel isn’t the only one to have broken the rules, but he is by far the biggest offender – and the fact that he did it so deceptively is the real shocker.

However, in 2019 a French jockey named Maxime Tissier placed 15 different bets in a betting shop in Newmarket and was spotted in the act.

It wasn’t hard to figure out who he was, since he was repeatedly betting in the same same shop, in person… while still wearing his riding gear. Other from riding through the door on his horse he couldn’t have made it much more obvious.

Hilarious as this is, it was not a case of stereotypical French arrogance, rather Tissier had misunderstood the rules. He thought he was only banned from betting on races in which he or his employer were involved, and to be fair to him, he didn’t break this made up rule.

The poor guy didn’t speak English very well and got a 9 month ban and voluntarily handed in his license before the hearing began. He was in pretty good form at the time too, with 22 winners from 140 rides in the UK, and strong finishes the month of his foul up.

Ryan Winks was another who ignored the rules, placing around 800 bets, albeit small ones, while holding a professional license.

He had been going through an incredibly hard time and decided that a few quid each way on the odd race wasn’t a big deal.