Back in August I wrote about a potential £100 monthly betting limit that had been tabled by a cross party think tank called the Social Market Foundation.

This figure was partly based on a report by Dr James Noyes, and the idea seems to have been adapted somewhat by the UKGC and turned into a potential monthly loss limit instead.

It’s far from a done deal at this point, but the mere suggestion is sure to be making the gambling industry nervous. There will be consultation until January 12th to determine whether or not this limit is realistic, at which point the future will look a little clearer.

But where has this come from and what could it mean for gamblers and the gambling industry?

Why is the UKGC Considering a Loss Limit? 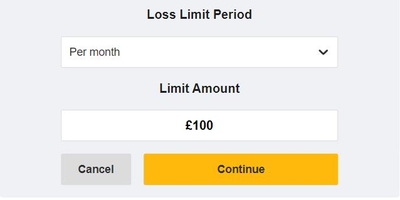 It’s all down to gambling related harm as usual. The age old problem that doesn’t seem to have a solution.

The thinking behind this latest idea is that the current upper monthly limits allowed by some companies are way too high, £2,000 in some cases which is much more than the average UK resident can afford to lose each month – and fair enough, who has £2k spare after bills!?

But it also ties in with a 2017 survey conducted by the University of Liverpool which suggested that £100 is the average amount a bettor loses each month anyway.

It would therefore make sense to implement this limit by law since it is both affordable and, on average, what most people are already experiencing. This will stop anyone losing more and automatically catch problem gamblers before they spiral out of control. 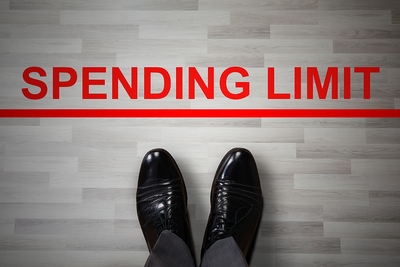 If strictly imposed in a totalitarian way, it would of course be effective on the surface. But it would do a lot of damage in other ways and wouldn’t solve the problem.

What did people do during prohibition in America? They set up illegal drinking dens and the mob ran riot. What do illegal drug users do in the UK? They buy drugs from illegal drug dealers and violence often ensues. So what do you think problem gamblers will do if and when this loss limit comes in?

You don’t solve addiction or compulsion issues in a minority of people by slapping handcuffs on the whole nation. In my opinion, they are attacking this problem at the wrong end.

Think also about those who do have plenty of money.

A one size fits all approach to this issue just doesn’t work.

Is a Gambling Loss Limit a Good Idea?

My opinion hasn’t changed since I wrote the last post on this topic.

This is not something that can be dealt with using broad brush strokes. It requires a much more individualistic and targeted approach.

There are a million other questions that need answering on top of those asked above. Just a few off the top of my head might be:

Tighter monitoring and bi-annual source of funds checks I can get on board with (this has only been suggested by me, it’s not being considered by the UKGC), fines for companies who blatantly fail in their safe guarding responsibilities I can get behind 100%. Trying to forcibly control the behaviour of the entire gambling community – not so much.

In my opinion, stricter checks and more frequent intervention would clearly highlight anyone with a gambling problem. At that point, it would be kinder and more cost effective to get these people into therapy and get them back on their feet, rather than trying to enforce responsible gambling through restrictions that are almost impossible to police.

Addiction doesn’t go away because you regulate it. You can’t ban compulsive behaviour. But you can try to cure it.