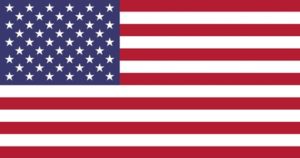 Elsewhere on this site you can read about decimal odds, which tend to be popular in Europe and the likes of Australasia and Canada. Americans, of course, like to do things slightly differently wherever possible, so they have their own odds system that you’ll need to work out if you’re planning on placing any bets in the US or with US-based betting companies.

The key to understand American odds, which are also known as Moneyline Odds, is that you start with a base figure of 100 and then get either a positive or a negative from there. US odds are displayed at being – or +, with – being for the favourites and + being the symbol for the underdog. It seems confusing, but once you get your head around it it becomes much simpler.

Looking At The Moneyline

The best way to to think about American odds is that they’re telling you how much money you would need to stake in order to win £100. -150, for example, would mean that you’d need to bet £150 to win £100. +100, meanwhile, indicates how much you’d win for every £100 bet. Let’s say that we’re looking at a baseball match between two sides with the following odds:

As you’ve no doubt figured out, the higher the number attached to a – symbol, the more chance that the team will win and the more you’ll have to bet to make a profit of £100. Equally, the larger the symbol after the + is the less likely that team is to win and the more profit you’ll get in return for your £100 stake. A -200 team has more chance of winning than a -120 side, say.

On the flip side of that, a +200 side is considered to have more chance of winning than a +350 side, so you’d stand to make more money with a bet on the latter of the two teams. It would have to win for you to turn a profit, of course, which a +350 team would have less chance of doing than a +200 side and both would have a worse chance than a team rated at -150.

How To Think About American Odds 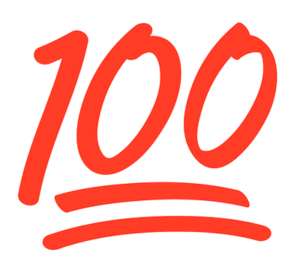 The reality is that American odds are a more complex way of thinking about things than either fractional or decimal odds. It’s why they’re not really used anywhere outside of America. We need a way to think about them in order to get our head around the way in which they work, so the following is a good rule of thumb:

In other words, with odds of -250 you’re risking £250 for the purpose of winning £100. With odds of +250 you’re risking £100 to win £250. As with fractional odds, you then have to add your stake money onto the projected winnings in order to figure out the total amount of money that you’d get back if your bet was a winner.

Make Things Easy On Yourself

Most bookmakers will give you the option of which odds format you want your bets to be displayed in, so if you’ve grown up using fractional or decimal odds then see if one of them is an option rather than sitting at home and fretting about working out American odds. Equally, if you tend to bet with small amounts and £100 seems overwhelming to you, shift the Moneyline down.

Let’s say that you tend to bet in multiples of £10. If that’s the case, it’s really easy to shift the Moneyline odds to be more more in line with the sort of bets that you’d like to place by simply removing a zero from the end. Say you’re looking at Team A versus Team B in the baseball and the Moneyline odds are +230 and -120. What do you do? Remove the zero.

This changes the bet to make +23 and -12, meaning that a £10 bet would give you £23 back or you’d need to bet £12 in order to win £10. Don’t stress yourself out trying to think in terms of £100s if that’s not the amount of money that you’d normally bet. You also want to avoid opting for bets like handicaps if you’re not all that comfortable thinking in Moneyline terms.

Now let’s have a quick look at American odds when compared to both decimal and fractional equivalents. -100 and +100 are both the equivalent of Evens or 2.00, given than a £100 bet would see you win £100 on any of them. That’s the starting point for understand how it all works. The table above shows some some popular bets.

You can quickly see why American odds, or Moneyline odds, might not be for everyone. They are more complex when you first encounter them and require you to spend more time trying to figure out the various amounts of money that you’d have to stake in order to win the money that you want to win. That being said, once you’ve got your head around them they can be easier to understand.

Ultimately the sort of odds that you want to bet with will be a matter of personal preference. You’ll need to figure out for yourself which ones work and try to bet using those odds wherever possible. If you need to do some calculations then you at least know that you can come back to this page and do exactly that, following the guidance above.