The rules around betting ages are easy enough to understand in the United Kingdom. Anyone under the age of 18 is not allowed to place a bet or take part in a gambling activity, with the only exception to this being the lottery. In the case of the lottery, people can buy tickets or scratch cards as long and they’re over the age of 16.

Things become slightly more complicated around the notion of age when you start to discuss whether young people are allowed onto premises of such establishments. The short answer is that under-18-year-olds are not allowed in any except for bingo halls, but most bingo halls ban people under 18 years of age anyway.

What The Law Says On Access For Under 18’s

The law on the age at which people are allowed to enter certain premises is dictated by the Gambling Act of 2005. The very reason that the Act was brought in in the first place was in order to better protect young and vulnerable people, with the Act declaring that anyone wishing to place a bet in a bookies, at a casino or play bingo has to be over 18.

The Act gives exceptions to the age bracket to the National Lottery, the football pools and lotteries in general, which it limits to 16-year-olds and over. The United Kingdom Gambling Commission allows young people to enter bingo halls and clubs, provided any Category B and Category C machines are in a separate area that is accessible to adults only.  This is true for arcades and gaming centers too.

Whilst they can enter the premises, they are neither allowed to play bingo themselves nor are they allowed to help anyone else with their bingo cards. In fact, employees of bingo clubs that are under the age of 18 are not allowed to ‘provide facilities for playing bingo or to perform any function in connection with a gaming machine, including servicing or cleaning them.’

The rules are slightly different for bingo that is played in private members clubs or institutions. In this instance, under-18-year-olds are allowed to take part in bingo on the proviso that it is a private game or a non-commercial one and they are members of the club itself. Because membership rules often say numbers must be over 18, though, it makes it a somewhat moot point.

Different Age Limits Depending On The Activity

If you are a 17-year-old reading this, you might well be asking yourself about the logic behind the fact that you’re allowed to spend money buying lottery tickets but can’t place a bet on a tennis match. With research showing that people who gamble under the age of 18 are more likely to develop a problem in later life, why isn’t it a flat rule on ages?

The answer is almost certainly about money. The National Lottery was introduced when Camelot won the tender to do it in the 1990s. Unlike betting shops and casinos, which had been around for decades and therefore couldn’t be changed, ministers saw the introduction of the lottery as an opportunity to make more money from taxes of the new game.

By allowing 16-year-olds and 17-year-olds to buy scratch cards and tickets for the main games, the ministers that decided upon the rule ensured that an increased amount of money could be gained by the state. Since then, governments have looked at the possibility of raising the age for the National Lottery to 18, but have yet to agree to do so at the time of writing.

Exceptions To The Rules 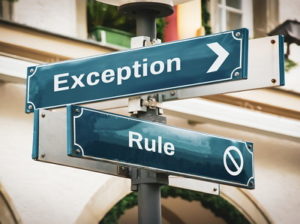 There are a number of exceptions to the rules put in place by the Gambling Commission. In essence, the age at which people are allowed to enter certain locations is dictated by the types of machines that are on offer there. According to the UKGC, there are three different types of amusement arcade, which are as follows:

Each of these venue types offer different things to visitors, which is why they have different types of license. Unlicensed Family Entertainment Centres, or UFECs, are able to offer Category D gaming machines on the proviso that they get a permit to do so from the local licensing authority, for example. They can offer any number of such machines.

As the title suggests, meanwhile, Adult Gaming Centres are restricted to people aged over 18. In a similar vein, Licensed Family Entertainment Centres are able to offer machines that would otherwise be found in AGCs, as long as they’re in a separate area of the venue that is strictly limited to people aged 18 or over.

The various machines that are available and which premises they can be found in are as follows:

Machines are categorised according to how much their maximum stake is as well as how much can be won from them. It’s why the likes of two pence and ten pence machines can be played by people of any age, because the maximum stake is well below the £1 maximum limit and the maximum prize is extremely unlikely to ever exceed the £50 limit.