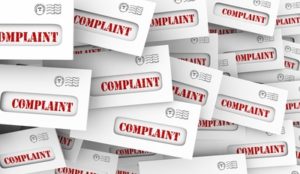 The United Kingdom Gambling Commission, often referred to simply by its acronym of the UKGC, is the governing body for betting and gambling in the United Kingdom. It is a body that deals not with individual complaints about bookmakers, such as when a bookie doesn’t pay out on a bet that a punter thinks that they should have, but instead deals with the licensing responsibilities of the various betting companies that it issues licences to.

This means that bettors can’t complain about the behaviour of a bookie to the Gambling Commission, instead needing to refer any such conversation to the Independent Betting Adjudication Service or the Advertising Standards Authority, depending on what it is that you wish to complain about. You can, however, get in touch with the UKGC if you feel that a bookmaker is failing in their responsibilities around their licence.

What The UKGC Is There For

The United Kingdom Gambling Commission provides operators as well as individuals with licences that allow them to run the likes of arcades, bingo, lotteries, betting machines, remote gambling businesses, casinos and gambling software to UK-facing clients. Once the licence has been issued, the UKGC is also responsible for monitoring to see whether the licensee is stick to the conditions and Codes of Practice that the licence entails.

Operators that don’t follow the rules and regulations laid out by the Gambling Commission can have action taken against them. The type of action that an operator will face will depend entirely on what failings have been discovered, but can include having their licence suspended or being issued with a fine. The UKGC’s main job is to make gambling and betting as safe as possible for consumers by ensuring that companies offering such activities do so fairly.

What The UKGC Doesn’t Do 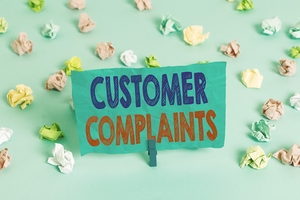 The Gambling Commission’s remit is a specific one, aimed as it is on licensing and upholding the licences of companies that wish to operate in markets that will allow their services to be used be British citizens in the United Kingdom. This means that there are a number of things that the UKGC is not responsible for, such as the regulation of spread betting, which is the responsibility of the Financial Conduct Authority.

The main thing that the Gambling Commission is not responsible for as far this article is concerned is resolving consumer complaints that are aimed at gambling operators. Those companies that hold a licence issued by the UKGC are expected to ensure that they have sufficient procedures in place in order to allow them to handle complaints, but it is not the responsibility of the Gambling Commission to do so.

On top of that, you won’t be able to get any help getting money back from a bet or have a dispute with the National Lottery ruled on by the UKGC. The Commission is also not in a position to be able to offer legal advice to punters, nor to help people who are trying to develop business models or work through ideas around gambling. Premise licences aren’t the job of the UKGC to issue, nor do the regulate gambling websites that aren’t aimed at British markets.

Who Can You Complain To?

In the event that you have a dispute with a gambling company, your first port of call will always be to speak to the company directly. In order to gain a licence to operate in a manner that will appeal to UK-based customers, gambling businesses have to have a system in place that allows them to deal with complaints. As a result of this, the Independent Betting Adjudication Service will not look at your case unless you have first attempted to resolve it with the betting company directly.

If attempts to resolve your complaint directly with the company that you’re having the dispute with fail, the next step on your journey will be to get in touch with the aforementioned Independent Betting Adjudication Service. Better known by the acronym IBAS, this Alternative Dispute Resolution Service is approved by the Gambling Commission and is intended to offer informed and impartial adjudication on disputes between licensed companies and their customers.

IBAS’s service is free to all consumers of betting and gambling services, with a panel made up of people with specialist knowledge in order to come to a fair resolution. What’s more, resolutions offered by IBAS are not binding to customers, meaning that they can still seek a judgement in court if they wish to. They are binding for operators, unless the resolution is for more than £10,000, in which case the operate can demand that the case is heard in a court.

What About Advertising Complaints? 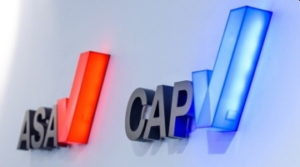 Though the Gambling Commission may get involved if an operator has released an advert that contravenes its rules and regulations, complaints about a gambling company’s advertising is not the job of the UKGC to deal with. Instead, these need to be referred to the Advertising Standards Authority, which is there to deal with any and all complaints about the manner in which a gambling or betting company has chosen to advertise the products that they offer.

There are specific rules in place for gambling operators, which they must adhere to in order to have an advert produced and allowed to remain in circulation. The rules are there to ensure that gambling products don’t appeal to children and vulnerable people, as well as to make sure that people don’t get the wrong impression about what gambling can result in. Adverts aren’t allowed to imply that gambling will lead to any of the following, for example:

That list is far from exhaustive, but it gives you an idea of the sort of rules that gambling companies need to comply with when creating their adverts. If you feel that a company has failed in these duties then you can get in touch with IBAS and lodge your complaint with them over the matter. The rules are underpinned by the Gambling Act, meaning that IBAS has the weight of the government behind it when dealing with any failure to meet the standards assigned to gaming companies.