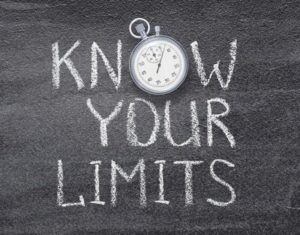 f we’re honest, not everyone reads the terms & conditions of most things, let alone those supplied by bookmakers. A quick look at the small print on a bookie’s website will see you confronted with a whole heap of words that don’t necessarily seem to tell us an awful lot. The result of this is that we can become slightly confused about what means what, which becomes even more relevant when all of the phrases seem to say identical things to one another. That is the case with betting limits, payout limits and withdrawal limits for many people.

In actual fact, the three things are very different from one another and refer to entirely different things. In the case of payout limits, this is how much a bookmaker is willing to pay out on a bet and will usually differ between sports and even specific events. Withdrawal limits refers to how much you can withdraw to your bank account in one go or in a set period of time, whilst betting limits are sometimes put in place on accounts and stop you from being able to bet over a given amount at any one time. Still seem clear as mud? Read on to get a better sense of what we’re talking about. 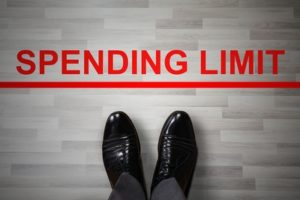 You might think that it is in the interest of a bookmaker to allow people to bet as much as they want. After all, should you place a huge bet and lose it then the bookie that you placed it with gets to walk away with your money. The problem is, should your bet prove to be a winner, the bookmaker will owe you a huge sum of money. This sort of exposure is something that bookies want to avoid as much as possible, so they look for numerous different ways to do so. One way is to place covering bets of their own, but this isn’t easy.

The easiest way or limiting their exposure is by putting a limit on how much you are allowed to bet as a punter. Oftentimes, these limits are put in place to be the same for everyone, but sometimes it is a matter of bookmakers putting limits on specific accounts. The more that you win, the more likely it is that you’ll have limits put onto your account that differ from the general limits that are put in place for everyone. The maximum general bet will differ from sport to sport and even be different on different events within the same sport.

The maximum general limit put in place on an FA Cup match between two lower division sides in one of the early rounds, for example, will often be different to the maximum general limit on offer for the Champions League final. It is often linked to how much money has been bet on a specific event with the bookie in question, given that the more money is bet the more liquidity they have to make payouts to winning punters. The less money that they receive in bets, the less they’ll have the ability to payout to successful bettors.

Individual limits, meanwhile, are put in place on punters who are, for want of a better phrase, too successful. Bettors that lose more often than they win are unlikely to see limits put on their bets. Those that win all the time, however, will soon see that they have had a limit put in place on their account, limiting how much they can wager at any one time. Bookmakers use complex algorithms to look at every bet placed on an event, flagging it up to people if it is felt that someone is being too successful and should be limited.

There are other factors that are looked at alongside your bets. The likes of how often you use bonuses and promotions will be taken into account, for example. Equally, should the bookie think that you’re taking advantage of arbing or the likes then they’ll almost certainly put a limit in place on how much you’re allowed to bet. What happens when you have an individual limit put on your account will differ from bookmaker to bookmaker, but the overall point is that you won’t be allowed to bet as much money as you want to bet at any given time.

Some bookies, for example, use a referral system. This means that each time you try to place a wager, it is referred to a trader who will manually assess the risk of the bet. Others use a straight system that limits you depending on how successful you are, to the point that you might be limited to 1% of the general maximum stake. In short, if a bookmaker feels as though you’re likely to cost them money then they will do everything and anything that they can that is legal to limit how much money you can stake at any given time.

Another way that bookmakers try to limit how much money they have to pay out is by using payout limits. Again, this limit will differ between sports and on sub-categories of each sport. You might find that the maximum payout on the winner of the Champions League, say, is £50,000, whereas the maximum payout on an individual match in the competition is £10,000. What it means is that a bookmaker will only pay you a certain amount of money, irrespective of how much the winning bet is worth. In other words, you might be owed £23,000 in winnings, but if there’s a £10,000 payout limit then you’re not going to get £13,000 of it.

The maximum payout typically tends to exclude the stake, so you’re looking purely at how much your winnings are in order to figure out how much you should be staking if you want to avoid falling foul of the maximum payout rules. If the maximum payout is £50,000, for example, then you would want to avoid staking any more than £10,000 on a 5/1 market. You could bet £12,000, but you’re only going to get £50,000 plus your £12,000 stake back if it’s a winner, meaning that you bet £2,000 more than you needed to for no particularly good reason.

To give you some sense of how much you’ll receive in payouts on various different markets, here’s what one bookie offers:

It goes without saying that that list is far from exhaustive, but it offers a sense of what to expect in terms of maximum payouts from bookmakers. Maximum payouts are always in place, so just because a bookie has accepted a bet with a huge payout doesn’t mean that you’ll actually be paid it. This is why it’s really important to look at the maximum payout for the exact thing that you’re betting on before you place your actual stake, otherwise you’re liable to lose money needlessly. 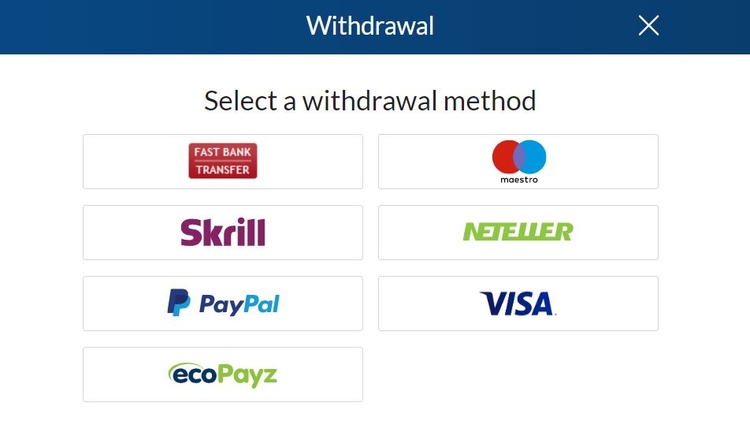 The final thing to mention is withdrawal limits. These are limits put in place by bookies in order to stop you from trying to withdraw too much money in one go. It is not uncommon for withdrawal limits to be lower than the maximum payout limit, meaning that you can win a huge amount of money but not be able to withdraw it all in one go. These limits are put in place in order to ensure that companies remain liquid even when they lose big bets. Just because you’ve won £2 million on a football bet doesn’t mean that they want you withdrawing all £2 million in one go.

Withdrawal limits will often allow companies to stop people from withdrawing too much money too quickly, having an affect on their liquidity. The actual maximum withdrawal amount will also often differ depending on the method of withdrawal that you wish to use. For example, if you’re looking to withdraw your money to a debit card then you’ll likely face a lower withdrawal limit than if you were trying to withdraw straight to your bank account. You will also likely find that withdrawal limits will be lower than deposit limits, which seems a little bit cheeky but helps to keep that liquidity we mentioned as smooth as possible.

Some sites set withdrawal limits per transaction but you can make multiple withdrawals one after another.  Other sites limit withdrawals by time, e.g. £50,000 per day / week / month, some sites even have annual withdrawal limits.  Generally the bigger bookies have the highest limits and the smaller white label / thrid-party sites have lower limits.

This can be an issue if you win say a progressive jackpot game where you can win millions.  If there is a £50k a month withdrawal limit with that site it could take a long time to get all of your winning back out.