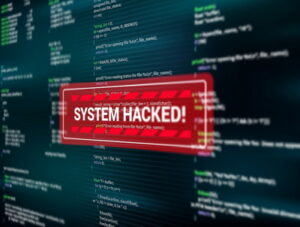 Like anything in the world of online websites, betting sites are liable to being hacked by unscrupulous characters as anywhere else. Of course, when you think about it makes complete sense: those that bet online have to give some financial information over, as well as tending to have large bankrolls that can be taken by those of a nefarious mindset.

The amount of money involved in online gambling is the first reason why a hacker would decide to target such a website. Though you may only place small bets of £5, £10 or £20, other people will be logging into their accounts in order to place significantly larger deposits and wagers.

The best sites offer security to their customers and work hard to stop hackers from being able to gain access to any information.  In reality it is rare that sites are hacked in order to try to steal customer money.  Most attacks on betting sites seek to disrupt them, e.g. by shutting them down for a period, to cost them money – perhaps asking for a ransom or simply to be disruptive.

While some hackers do try to steal customer data from operators the biggest risk to your data being stolen is ultimately you.  Things like not having secure passwords, using public wi-fi networks to login or being lured in by a phishing scam.  If a site is hacked directly there is not much you can do but you can at least reduce the chances of someone stealing your data directly from you.

The biggest sites tend to invest a lot of money into ensuring that they’re as safe from being targeted as it’s possible to be. Just because that money is spent doesn’t mean that it always works, of course, and there are a few obvious reasons why hackers would turn their attention to such websites.

The most obvious reason is the same as the reason why normal people open an account with a betting company in the first place: financial gain. The very best hackers are able to get in to the most secure areas of sites, which promise rewards.

Whether it be getting their hands on a user’s account and cashing out their winnings or simply getting the bank information that a customer has stored with a site, there are clear reasons why getting online and accessing a betting account is worth a hacker’s while.

Even the likes of email information, addresses and phone numbers are useful things for a hacker to get hold of, using the information for future fraudulent activities. Many people use the same password for everything, for example, so getting access to someone’s email address and password with a betting company can be very useful.

As we’ve said though, in most cases the motivation is to disrupt sites to prevent them offering a service.  This could be for financial gain in the form of a ransom or may be part of an anti-capitalist or anti-gambling movement, etc.

There are any number of reasons why these sites might be targeted but it is important to remember in a lot of cases they are seeking to hurt the company not often to steal your actual information.  To steal personal information there are means that are a lot easier for criminals that involve less security – by stealing details directly from you or by scamming you into revealing information.

What Can You Do To Avoid Being Hacked? 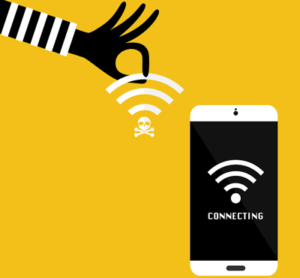 Though there’s not a lot that you can do to stop a hacker from targeting an online betting site that you’ve signed up with, there are certain things that you can do to mitigate your risk. For starters, you might want to work hard to ensure that you don’t use the same password for everything you do online.

Having a strong basis, such as 0nl1n3Pa55! (obviously not that exact password but something along those lines) before adding a unique thing for each site you sign up to could be useful. In other words, using the first four letters of the site would give a unique password like 0nl1n3Pa55!BETF.

You would also do well to try to limit how much financial information you give to a company. That is to say, if you’re signing up to a website and they allow you to use an eWallet to make deposits and withdrawals, it might be a good idea to do exactly that. This will put an extra layer of security in place and protect you from possible attacks. You can also work hard to avoid placing bets whilst using a public Wi-Fi system, in addition to making sure that you’re signed up with a licensed and trusted betting site at all times.

Closing unused accounts can also be useful as the more information you have out there the more chance there is it could be accessed.  You can always open a new account in the future if you have accounts you haven’t used in more than a year. 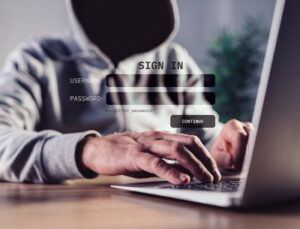 There have been numerous cases of betting sites being attacked by nefarious characters over the years. In the summer of 2019, for example, a group of Chinese hackers began deliberately targeting such companies in Asia and the Middle East, with rumours of a potential move to Europe. Talent-Jump and Trend Micro, two cyber-security firms, said that the group had been taking company databases and source code, rather than money, with the suggestion being that the attacks were about industrial espionage rather than for financial gain.

That is not the only such example. William Hill was the target of a DDoS, or Distributed Denial-of-Service attack, following in the footsteps of the likes of Netflix and the Guardian. In 2016, the company had to issue an apology after customers were unable to login to their accounts. As proof that such things can happen even when precautions are taken, William Hill were working with a global leader in Enterprise Immune System technology for cyber defence at the time, Darktrace. The denials of service didn’t appear to target any customer’s accounts.

In the early part of 2020, the only gambling site SuperCasino confirmed that it had been hacked, leading to the vital information of some of its customers being obtained by the hackers. Though no passwords or financial data was taken, personal information was exposed and that was enough to concern punters with SuperCasino accounts. The likes of names, usernames, telephone numbers and even addresses were taken during the hack, resulting in punters being asked to change the login information that they had registered with the site for their own protection.

Though there are countless such examples that we could tell you about, perhaps the best one to indicate the fact that size doesn’t matter in terms of staying safe comes in the form of an attack on MGM Resorts International. One of the biggest gambling firms in the world, the company was the victim of a hacker attack that led to the exposure of the personal information of millions of people. The far-reaching data breach didn’t involve any financial losses, nor the exposure of card details, but it was enough of a problem to concern those whose information was exposed.