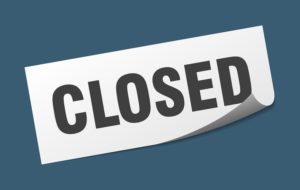 It is an adage as old as the profession of betting itself that the House always wins. It’s usually said in relation to casinos, of course, but is just as applicable to bookmakers. The nature of the business is such they always take a cut of bets and will ‘win’ most of the time, which is why the saying that you ‘never see a poor bookmaker’ came into being. Yet in reality that isn’t necessarily true, with many going out of business.

The fact is, however, that any bookmakers that have ended up going out of business will almost certainly have done so because of mismanagement rather than because they have got their liabilities wrong over bets. A bookie could still ‘win’ when it comes to the managing of the bets that they take but go out of business because they made some errors on the commercial side of the business.

Does The Bookie Always Win? 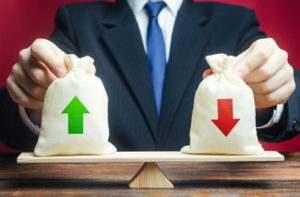 There are a number of ways that bookmakers make money, but the key one is done by adding a cut into every bet that they every accept. Let’s say that you’re betting on the toss of a coin, with only two possible outcomes. The fact that it can either be heads or tails means that you should really be offered odds of Evens on both outcomes, but that’s not how a bookie would mark up their book on the event.

Instead, they’ll offer you odds that incorporate a slight cut for them regardless of the outcome, meaning that they always still in the black on the bets that they accept. Unlike in the casino, where the Edge is built-in to every wager placed, things work slightly differently in the world of sports betting. The vig that is taken from the losing side of a bet can be anywhere from 2% to 40%, but there’s always a vigorish to be taken.

On top of that, bookies will always target the markets that offer the most liquidity. It’s why the likes of Premier League and Champions League football matches are promoted so heavily by bookmakers compared to a random sport like water polo. The various companies also offer things such as accumulators and the ability to Cash Out your bet, which results in them taking another cut of wagers that help them stay in the black.

Of course, the word ‘always’ is slightly misleading here. Punters will always win the occasional bet against a bookmaker, which is why people keep returning to place wagers time and again. Bookies work hard to balance their books, however, which ensure that they will always see a profit even if they lose the occasional bet. Only on days when every single favourite wins will bookies see their profit take a huge hit.

Even when punters are successful, they’ll often find that the bookmakers that they place their bets with simply limit or freeze their accounts. It’s not right and the likes of the United Kingdom Gambling Commission try to stop it from happening, but it does happen. When it does, successful punters have to take their business to another bookie, which the original one won’t mind because it means it’s not them losing money. 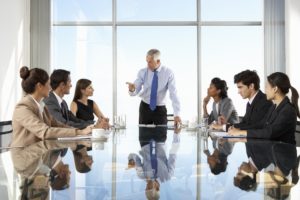 Though bookmakers are usually set up in such a way that a profit is as good as guaranteed from the bets that they accept, it’s not always the case that the rest of the business is set up up in a sound and reliable manner. Even when that is the case, it’s unlikely to immediately have to shut its doors and no longer accept bets. As an example, look at Scotbet; the company was up for sale for 12 months before being sold.

Bigger brands tend to have a combination of capital, product range and expertise that allow them to flourish in the good times and still turn a profit in the bad. The same cannot be said of newer betting companies, which is why it is that they’re the ones most at risk of failure. This is also where the likes of unscrupulous characters and nefarious officials will look to dig their claws in and turn events in their favour.

Other Reasons For Failure 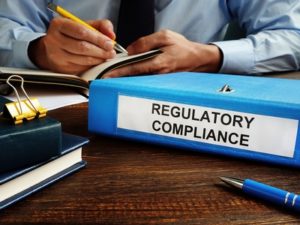 There are other reasons away from simple mismanagement why a bookmaker might go bust. The most obvious one is competition, with the betting industry being an extremely competitive one. New bookies are springing up almost weekly and if they don’t attract customers fairly quickly then they’ll soon find themselves in financial trouble. If they open just before an economic downturn then they’ll be in trouble even faster.

Most of the time, the majority of bookmaking businesses that fail will do because of a combination of reasons. It is rarely the case that just one thing will see a betting company go bust and most of the time they’ll be able to keep going long enough to be bought out by a competitor or merged with a larger company. Mismanagement is a key reason for failure, but it is far from the only one.

A brand new company could easily fall foul of the UKGC’s rules and regulations, for example, being hit with a fine as a result. In these instances, the fines can be so relatively substantial that the company is unable to keep operating, going to the wall as a result. It’s hardly what the Gambling Commission will want to happen, but it’s necessary for companies falling foul of their rules to face consequences.

On top of all of that, punters are always looking for ways to get one over on bookmakers. One such was of doing so is courtesy of something called matched betting, which is a system in which the participant is always guaranteed to make a profit. If punters are making a profit, bookmakers are making a loss. Whilst matched betting alone won’t be enough to take down a bookie, it will in combination with other things mentioned here.