In the world of betting, there are few things as frustrating as spending time doing your research about which horse to bet on, find the best odds and placing your bet, only to find out that it is a non-runner in the race that you’ve placed your bet on. The obvious question is, what happens to your stake? The answer depends on when you placed your bet, with ante-post wagers being lost but those placed on the day not being.

Whilst non-runners are most common in horse racing, they can actually occur in a variety if different sports. The key thing to realise is that the rules are pretty much the same regardless, so it’s easier to use horse racing as opposed to something like golf or sprinting because it’s such a common sport to have non-runners in. The summary is that if a horse you’ve bet on is a non-runner then you’ll get your bet back, unless it was placed well in advance of the event in question.

The first place to start is by explaining what, exactly, a non-runner actually is. When trainers and owners are looking at a race meeting, they’ll often think of entering their horse into a number of different races. There are various reasons for this, including what mood their horse will be in on the day, whether it stands a good chance of winning the race and which race will give them the best experience for their development.

Regardless of the reasoning, horses can be entered into several different races and so punters will be able to place bets on that horse in those races. On the day of the race, the trainer, owner or both might decide to enter their chosen horse into one event over another one. That will mean that the horse in question becomes a non-runner in the race or races that it doesn’t take part in, which can complicate things for bettors.

Of course, it’s not just the horse being entered into one race over another that can result in them being a non-runner. It can be the case that the horse has picked up an injury ahead of the race, for example, or that the weather is such that the trainer or owner decides it’s not right for the horse to take part in the event. There are a wealth of reasons why a horse might not enter a race that they had been scheduled to.

What Happens To Bets On Non-Runners 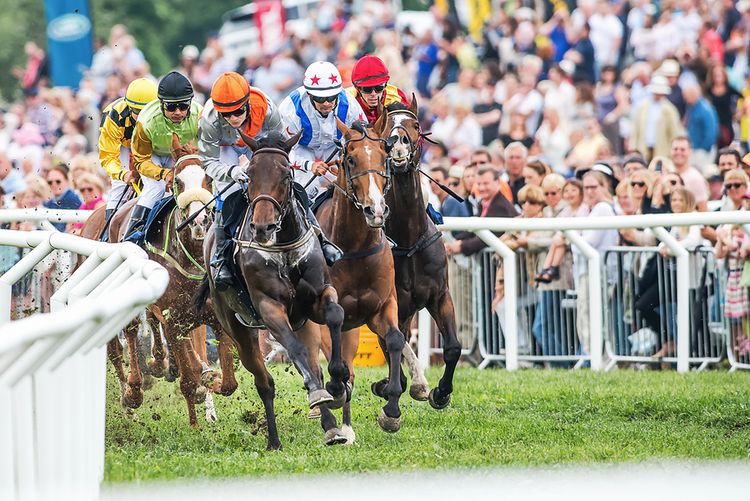 There are, in essence, two different types of bet placed with bookmakers: those placed ante-post and those placed on the day of the event. If a bet is placed ante-post, which can be anything from a few months to a day before a race, then the chances are that the bookie that you’ve placed the bet with will take your stake money and there’s nothing that you can do about, such is the downside to getting the good odds well ahead of a race.

If your bet is placed after the horses have been declared, which normally takes place at about 10am on the day of the races, and the horse becomes a non-runner after that point, your bet will usually be declared void and your stake will be refunded to you. You don’t need to do anything if that is the case, unless you’ve placed your bet in person with a high street bookie or one on the course, in which case you’ll need to take your betting slip to them and they’ll give you your money back.

One thing that is worth looking out for is offers that bookmakers make when big racing meetings come around. When the Grand National is upcoming, for example, it’s not uncommon for bookies to say that they will void ante-post bets that are placed on non-runners. This is a chance to get the slightly longer odds associated with ante-post betting without any of the risks that come with them.

This form of offer is usually referred to as Non-Runner, No Bet, which in term is shortened to the acronym NRNB or Non-Runner, Money Back (NRMB). It’s an offer that promises you your stake money back even if the horse is declared a non-runner and you bet on it in advance of the day of the race. When this happens, Rule 4 usually still applies, so we’ll explain that in more detail elsewhere on this page in order to ensure that you know what will happen to your bets.

Something else that’s worth bearing in mind is that bookmakers agree to pay out on a certain number of places depending on the amount of horses taking part in a race. If you were to bet on a race featuring a non-runner that isn’t the horse you’ve placed your wager on, this will change the number of horses in the race. This, in turn, might alter how many places a bookie will pay out on for Each-Way bets, so that’s worth being aware of.

What Happens To Accas?

People love placing accumulator bets, especially on horse racing meetings. If a meeting has seven or eight horse races run during the day, then an accumulator bet on the winners of all seven or eight events can offer some huge odds. It is with this in mind that a lot of people will place an acca on the day’s racing before then placing smaller bets on each individual race as they come around.

What happens if one of the horses included in your accumulator ends up being a non-runner? The answer is a simple enough one, with the horse simply being removed from your acca and your bet changing in nature. If you’ve placed an eight-fold accumulator and one horse is a non-runner, for example, then your bet simply becomes a seven-fold acca with the horse in question. A Treble becomes a Double and so on.  Unless that bet was placed ante-post without NRNB, in which case it can make your whole acca a loser.

If you’ve spent a bit of time perusing websites then you might well have heard of Rule 4 but not really have a clue what it means. It is a rule introduced by the horse racing authorities to ensure that neither bookmakers nor bettors are left out of pocket when a horse becomes a non-runner for an event. Bookies offer odds based on a number of factors, including how many horses are taking part in a race. Rule 4 aims to compensate for that.

Officially known as the Tattersalls Rule of Racing, or Rule 4 (c), it becomes relevant when a race has a non-runner. This is what applies when you’ve placed a bet on a race containing a non-runner but your bet isn’t on the non-runner itself. What it results in is each bet being adjusted according to the odds that were given to the non-runner. You get a percentage deducted from your winnings based on the non-runners odds as follows:

For every £1 of winnings that you were due, you’ll be deducted the above percentage depending on the odds of the non-runner horse. The longer its odds, the less chance the bookmakers thought it had of winning and so the less you as a bettor will be punished. The shorter its odds, the more likely the bookie thought it was to win and so you’ll have more money reduced from your winnings to make up for its absence.

The important thing from a bettor’s point of view is that bookmakers have to stick to the list unless it benefits the punter if they don’t. To put that another way, bookmakers can’t use Rule 4 to make themselves more money in the event of a horse being a non-runner. Many bookmakers waive the 5% they’re entitled to for a horse with odds of 10/1 to 14/1, for example, which is absolutely fine for them to do.