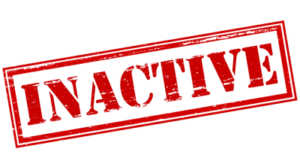 The fact that we all enjoy a wager or two means that we can often be tempted to open several different betting accounts. In fact, this is something that we’d recommend, largely because it means that you can shop around for the best odds as well as take advantage of offers put in place by the various betting companies. The problem arises when you forget which companies you’ve opened accounts with, meaning that they go unused and become dormant after a time.

This isn’t the only reason accounts become inactive.  You may simply choose to take a break from gambling for a while, you live abroad for a period and cannot access your account or your account may not have up to date verification records and may be suspended because of that.

Whatever the reason your account may become dormant, what happens to the money that you’ve got in said accounts differs from company to company. Generally speaking, they will make attempts to get in touch with you using the details that you’ve provided them with, but if they can’t then the account will be made dormant.  This will not be done with a UK licensed site until your account is inactive for at least 12 months – this is defined by the UKGC.

Following your account being labelled ‘dormant’ some companies may charge a fee for the maintenance of an inactive account, which will be taken monthly until either you reuse your account or else the money is all used up. 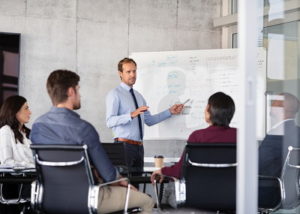 The first thing that’s worth explaining is what, exactly, a dormant account is. There is no specific definition of the time in the world of gambling, which means that each bookmaker, betting company and online casino is able to set out its own terms and conditions when it comes to accounts going unused. In general terms, an account that has not been logged into for a certain amount of time, such as 12 months, can be made dormant.

The United Kingdom Gambling Commission has put a minimum period of time of 12 months in place before an account can be made dormant, so it won’t happen any earlier than that. If you haven’t placed a bet on a sporting event or game of some kind for a given period then it’s also possible for a company to make your account dormant because of that, but it can’t happen before that period of a year has elapsed.

Because it is a legal requirement of an operator’s gambling licence to keep money separate from the business accounts, it costs them money to keep an account administered. When players are using their account on a regular basis, most companies don’t care about the administrative cost because they’re making money off you anyway. Separating the account off when it becomes dormant makes their life easier and cheaper.

Below you can see the UKGC rules around this:

Companies can charge fees for accounts that you no longer use, called ‘dormant accounts’.

At least 12 months must have passed since you last used your account for it to be classed as ‘dormant’.

Fees must be reasonable and clearly set out in the company’s terms and conditions. Any charges must reflect the costs that the business pays to maintain your account.

Fees and charges on dormant accounts can bring your balance to zero.

Why Do Accounts Become Dormant?

There are countless reasons why an account might become dormant. It might seem to many of us as though a person should know how much money they have in play in their betting accounts, but some people will bet with tens of thousands of pounds and might lose track of certain accounts that they haven’t used for a while. Bettors will move from account to account, depending on the best offers and the state of the odds available.

Nearly all betting accounts worth their salt will have welcome offers for new customers, which encourages people to open accounts with new companies on a regular basis. This will often involve placing a bet, which will sometimes be done on the ante-post markets. It’s not exactly outrageous for someone to simply forget that they’ve placed a bet with a new company and therefore not know that they’ve got winnings to collect.

Opening an account so that you can place a bet on something like the new Premier League season or the outcome of the Euros thanks to an offer is a sensible thing to do, but having loads of different account can mean that you’ll lose track of which companies you have money invested with. It’s not uncommon for people to open an account, place a bet as part of an offer but then not use that account again because the odds offered aren’t great.

Changes in financial, personal or living situations can also see accounts become lost to the annals of time. That’s to say nothing of a user deciding not to bet any more or even dying. Sometimes it can be as simple as the person just forgetting that they even opened an account in the first place, meaning that their deposit money or any winnings that they’ve enjoyed are sitting there, merely waiting to be collected by the bettor when they remember.

Verification and legal know-your-customer requirements are also constantly changing.  It is possible that if you have not logged in for a while that these conditions may have changed and you may need to send in new documents to prove who you are and where you live.  Likewise if you change your address this can set off a new round of verification that could result in your account becoming dormant until this is completed.

What Happens To Money In Dormant Accounts 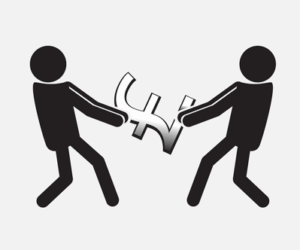 An account that has remained unused for a period of time amounting to 12 months or longer will trigger an alert within a bookmaker or betting company’s system. At this point, the company will make reasonable attempts to get in touch with the account’s owner. They will use the likes of email, telephone and mail to contact the account holder, but it’s not always possible to get in touch with them for some reason or another.

If they do get in touch with them then it’s likely that they’ll offer inducements to get them to log back into their account, but if they can’t get in touch with them then their account will be made dormant. Operators that offer their wares to UK-based customers will ring-fence the money, minimising any financial risk. Other countries don’t work in the same way, with many charging a fee for maintaining the account that will keep being taken until either the account is claimed or the money runs out.

After a set period of time, the money can be added to the company’s own profit margin. If this happens, a player is still entitled to reclaim it at a future date. If the money is given to the UKGC, however, then reclaiming it later is not possible. The same is true if the money is given to a charity of the operator’s choosing, so the best thing to do is to keep track of all of your various accounts so your money will never be lost.

It is important to remember betting companies are not financial institutions and money left in accounts is not afforded the same protections, although some level of protection may be in place.  It is always recommended to not leave money in betting accounts. 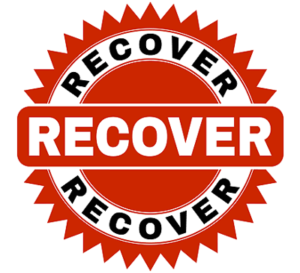 It’s entirely possible that at some point you might need to reclaim a dormant account. Should you wish to do this, you’ll often need to just login to your account. When you do so, you’ll sometimes be told that you can’t use your account until you’ve spoken to customer services, who will ask you a number of security questions to ensure that you are who you say you are and that the money in the account is actually yours to claim.

The likelihood is that you’ll need to go back through the Know Your Customer procedures in order to claim your money and re-activate your account. Obviously this is dependent on the company that you held the account with still being in business at the time that you tried to re-active it. If it has gone out of business then it’s likely that your money will be lost and there’s not a lot you can do about it.

Should the company you held the account with have been involved in a merger or taken over by a different company, you’ll have to ask for your money back. It is at their discretion whether or not to pay this money out, which is why it is so important to read the dormant account policy of your chosen bookmaker or bookmakers in advance. As the saying goes, being forewarned is being forearmed.