If you’re relatively new to the world of betting, you might have seen the phrase ‘ante-post’ used from time to time and not really know what it means. That’s understandable, but in reality it’s quite an easy thing to get your head around as it basically means ‘bets placed in advance of the event’. Bets typically have to be placed at least a day in advance of the event to be described as ante-post, with their theoretically being no limit to how far in advance.

The phrase emerged from the world of horse racing, with bets placed ahead of the overnight declarations being ante-post. Declarations are usually made by 9-10am on the day of the race, so you can even place a bet in the early morning and have it counted as being ante-post.

The advantage of placing an ante-post bet is that you will almost certainly get better odds, with the disadvantage being you don’t normally get offers on the bets, such as best odds guaranteed.

Why Place An Ante-Post Bet 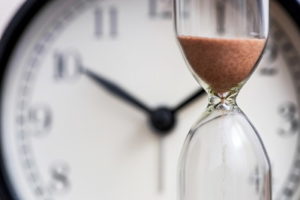 The obvious question when trying to get your head around the world of ante-post betting is why some people would choose to place one. After all, an ante-post bet is one that is filled with more potential risk, given that you won’t get your money back if a horse is declared to be a non-runner or the participant in the event you’re betting on ends up not taking part. With this loss of money being possible, what are the advantages of the bet?

The main answer comes in the form of better odds. Most of the time, bookmakers that are looking at a wager that is placed ahead of time will not have a decent sense of the actual chances on the outcome of the wager, meaning that you’re likely to get better odds than if you leave it closer to the event getting underway. For many bettors, this extension in the odds makes the bet worth the risk that they’re taking by placing it.

The other major benefit of ante-post bets is that they are not subject to Rule 4 deductions. Rule 4 is something whereby a non-runner in a race ends up resulting in the amount of money that is paid out on the winner being reduced in order to make up for their absence. The amount that bookmakers can withhold is specified well ahead of the event, with the following being the amounts taken by the bookies:

In other words, the amount of money that you’d have expected to win will be reduced by the above percentage inline with the odds of the horse that you’ve bet on at the time that the other horse was withdrawn from the race. A bet on a horse with odds of 9/1, for example, will effective pay out £9 including the stake money for a £1 bet instead of the £10 that you will have been expecting.

The fact that ante-post bets don’t fall foul of the Rule 4 deductions can only be seen as a good thing, which is why many big bettors tend to opt for ante-post betting as a way of life. The amount of money that they would stand to lose on a huge bet on a horse with odds of, say, 1/4, makes the risk of betting ante-post worth it in their eyes. Whether that applies to you is something that you’ll have to decide for yourself. 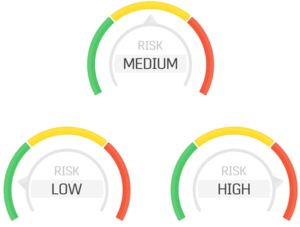 Effectively ante-post betting is about balancing risk and reward, but a lot of so called ‘professionals’ place mostly ante-post bets, so there are obvious advantages.

You have to accept when betting this way that you will lose your stake for some bets as selections that you back may not end up featuring in the event.  This isn’t just for horse racing either, it counts for any advance bet placed on most sports.

For example, if you back a football player to be the top goalscorer in a tournament but they get injured in the run up and don’t end up playing then you lose your stake.  Conversely you are likely to get much better odds, so if that player does play and ends up top goalscorer you can get a better payout than if you waited until the tournament started.

Therefore, on balance you will have more bets go down before they have even had a chance but on the other hand the bets you do win ante-post tend to give much better value.  Over long periods many bettors believe this is worth it.

The Downsides Of Ante-Post Betting 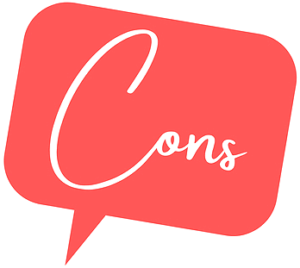 As you might imagine, there are numerous downsides to placing an ante-post bet. Bookmakers will often offer promotions such as Best Odds Guaranteed that won’t be available to those that have opted for an ante-post wager. The Best Odds Guarantee is one whereby you’re guaranteed to be paid out at the best odds, whether that be the one that you placed ahead of the race or a horse’s Starting Price.

The fact that ante-post bets tend to have better odds means that bookies aren’t inclined to also give the people that have placed them a Best Odds Guarantee. The same is true of Non-Runner, No Bet promotions. This is where a bookmaker will void bets placed on a horse if they end up being a non-runner in an event for some reason or another. As long as the best is placed on the day rather than ante-post, you’ll be able to take advantage of this.

That being said, one thing worth noting is that bookies will often have promotions on around the biggest races that allow ante-post bets to benefit from the likes of the Best Odds Guarantee and the Non-Runner, No Bet promotion. The likes of the Grand National and the Cheltenham Festival are such popular races that bookmakers need to compete with each other for business, so these promotions are worth looking out for on ante-post wagers.  With something like Cheltenham you can often find NRNB and even BOG several weeks or months in advance, allowing you to take advantage of the better potential ante-post odds but also cover yourself if the horse doesn’t run or the odds end up lengthening.

As a matter of interest, the saying comes from the days when a post would be inserted into the ground at a racecourse to let people know that betting was open. ‘Ante’ is the Latin word for ‘before’, meaning that the phrase is essentially saying ‘before the post’. This is why bookmakers tend not to allow promotions to count towards ante-post betting, because they’ll have been placed before the betting proper will have got underway.