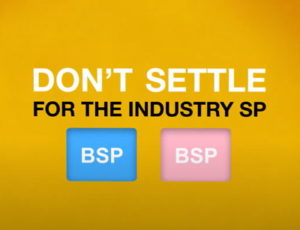 Elsewhere on this site you can read about the Starting Price, which is an industry standard term that refers to the price available to bet on a horse at the beginning of a race. In simple terms, the Starting price is made up of a collation of Starting Prices offered by bookmakers that express the chances of each horse to win the race. Punters need to decide whether to take the Starting Price or the odds on offer when they’re looking ante-post, with the latter usually being better but coming with more risks.

Since the launch of exchange betting, there has been a desire to find out what the exchange markets make of a horse’s chances of winning. This lead to the development of the Betfair Starting Price, or BSP, which is decided upon in a similar manner to the SP but is believed to be a more accurate reflection of a horse’s actual changes of victory. Indeed, it has become the industry standard in the past decade or so, believed to be the ‘purest’ type of Starting Price offered on a race thanks to the peer-to-peer nature of it.

Before we look at the Betfair Starting Price, it’s worth having a quick look at the typical Starting Price and how it works. The accuracy and integrity of the Starting Price is ensured by the Starting Price Regulatory Commission, which is an independent body that makes sure that prices offered to bettors are fair. Whilst it’s not responsible for setting individual prices, nor for the over-rounds or margins of bookmakers, it does offer parameters that then get used for the calculation of the SP.

The Starting Price Regulatory Commission was created in 2004 and is responsible for ensuring that the Starting Price offered by bookmakers is fair. Prior to 2021, all prices used to calculate the Starting Price came from on-course bookmakers, but a review was conducted and discovered that only 1.4% of wagers placed on British racing were actually placed on a racecourse. As a result, it was decided that it would be a more accurate reflection of the market as a whole to use prices from bookmakers on and off the course.

Consequently, prices are taken from both on-course and off-course bookies, with the sample prices put into a list. At that point, the list is ordered to go from longest odds to shortest before it is split into equal halves. Once that has happened, the Starting Price is decided on by being the shortest odds available in the half of the list that has the longest odds. Either the Starting Price or a longer price will have been offered by at least half of the bookmakers whose samples have been used.

Whilst the Starting Price is unquestionably a useful tool for figuring out how well or otherwise a horse is likely to do in a race, it naturally includes the edge that a bookmaker gives themselves when they create the over-rounds. As a result, it isn’t actually all that accurate in terms of thinking about what a horse’s actual chances are of winning a race. Instead, the Betfair Starting Price is believed to be fairer, for the simple reason that it reflects the odds people are willing to take.

This all comes down to the different manners in which a fixed-odds bookmaker and an exchange decide upon their odds. Exchanges are effectively peer-to-peer sites, on which some people offer odds and other people take them. Whereas you essentially have to take the odds offered by a fixed-odds bookie if you want to place a bet, the same is not true on an exchange and people can shop around more to find odds that they think better reflect the reality of the situation.

Bets on exchanges don’t become matched until both the person offering the bet and the person taking it agree that the odds are fair. Consequently, Betfair will work out the average price that was offered and taken on their exchange just before a race is about to get underway. At this point, Betfair will confirm the Betfair Starting Price, which can be taken by punters if they don’t want to take odds on offer by a fellow bettor on the exchange itself.

The Betfair Starting Price is expressed as a decimal, as opposed to the fractional odds offered by most fixed-odds bookmakers. They’re also usually higher than the odds promised by bookies thanks to the fact that the exchange tends to be much more competitive than traditional bookies. Whilst a bookmaker has to compete with other bookmakers, they all tend to offer similar odds that are much less volatile than the odds you’d find on an exchange, where layers are competing against one another.

Does The BSP Matter? 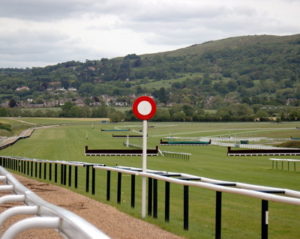 It’s not outrageous to wonder why the Betfair Starting Price matters. After all, you’ll find normal Starting Prices available on a bookmaker’s website or even on televised coverage of a race. Why it matters is all down the democratic nature of exchange betting, in which the market is decided upon by real people and not bookmakers. Most of the layers are bettors themselves, so they will be offering a price that they think is fair and that doesn’t include margins that need to pay for things like overheads.

Most punters operating on an exchange will win money if they win their bet, so they don’t need to build a profit into the odds in the same way that bookies do. This is because Betfair charges a commission on winning bets, rather than having a profit built into the odds. The result is that the Betfair Starting Price is a more accurate reflection of what people think a horse’s chances of success actually are, without an over-round or margin built into it. Whether it matters, therefore, depends on whether you think this is important.

Examples Of BSPs Versus SPs

Now that we understand what the Starting Price is, how the Betfair Starting Price differs and why it matters, it’s worth having a look at some actually SPs and BSPs to see how they differ from each other. This will give you a sense of how much more money you might have stood to make if you’d placed a bet on the Betfair exchange rather than with a fixed-odds bookmaker. We’ve converted the Bookie’s odds to decimal to make it easier to compare them to the BSP.

As you can see, the Betfair Starting Price was better in all instances. Where it really comes into its own, however, is when a horse has long odds to win a race. A bookmaker will have offered you odds of 125/1, or 126 expressed as a decimal, for No Civil Justice to win, whereas you could get 711.69 on the exchange. It’s fair to say that the exchange is a much more realistic reflection of the horse’s chances of winning, as reflected in the fact that it came fourth in the race.

A quick look at the table above helps to explain why it is that people believe that the Betfair Starting Price is a much more accurate reflection of a horse’s chances in a race. Whilst fourth is a good result for a horse that had exchange odds of 711.69, it’s also true that fourth is the equivalent to tenth in terms of actually winning the race, so the longer odds are much more akin to the odds that were offered by traditional bookmakers. The BSP will have presented you with a more realistic opinion on the horse’s chances.

The times that the bookmakers and the exchange were pretty close with their prices was when a horse had relatively low odds. To put it another way, if you want to get fair odds, then betting with a bookmaker on horses that are considered good options for a race makes sense. If you’re looking for odds that more accurately reflect the chances of an outsider to win the race then you’re going to want to head to the exchange to see what price the layers are offering you to back.