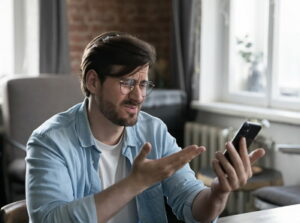 For those that like to bet In-Play, the notion of betting being suspended is nothing new. Bookmakers are always looking to protect themselves from exposure, understandably so. If a free-kick is given in a dangerous area or a penalty is awarded during a football match, it would be idiotic of a bookmaker to allow people to place bets on the scorer of the next goal, for example.

During games, therefore, the reasoning behind the suspension of betting is understandable, even if as punters we find it very annoying that we can’t place the wager that we want.

The more astute amongst you will have noticed that bookies sometimes suspend betting before the likes of a football match has even kicked off. The obvious question is about why this happens, given that no free-kicks or penalties will have been awarded at that point.

There can be all sorts of reasons why that might happen, with the most obvious one being that there is some form of breaking news prior to kick-off. That can be anything from a manager being sacked through to a player picking up an injury during the warm-up, but it is crucial that bookies react in real-time. 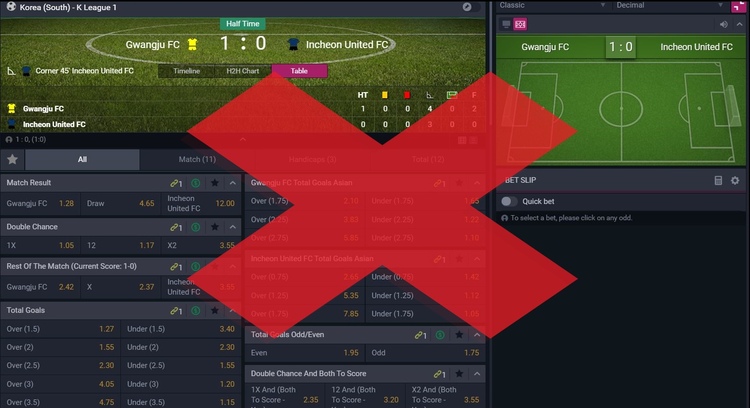 If you’ve ever spent any time placing bets in-play, you’ll know that bookmakers will sometimes decide to suspend betting markets during live events. This is most common and most obvious during football matches. The joy of in-play betting is that it allows punters to place wagers on events as they are unfolding, reacting to what is taking place in front of them.

The problem for bookmakers is that this can leave them massively exposed, especially if the market doesn’t reflect the fair value of odds at any given moment during said event.

The perfect example is that of a penalty being awarded. Between 2009 and the start of 2021, more than 100,000 penalties were awarded in professional football, with around three-quarters of them being scored. If a team has a regular penalty taker, such as Mo Salah at Liverpool, the odds of him scoring a goal before the game will not be the same as him scoring a goal in the immediate aftermath of Liverpool being awarded a penalty. As a result, bookmakers are hugely exposed if the odds remain the same once a penalty has been given.

It would be virtually impossible for all bookmakers to adjust their odds for a team’s regular penalty taker to be the Next Goalscorer in the immediate aftermath of each team being awarded a penalty. Rather than trying to figure out how to deal with this, bookmakers simply suspend the betting market for the time it takes for a penalty to be awarded and then taken.

This removes any exposure that they might have in the build-up to the penalty being struck by the taker, with many considering it the fairest way for that situation to be dealt with.

It isn’t just football that needs to be reacted to in the moment. Imagine watching a tennis match in which a player calls for medical assistance, or a rugby game when a try has been scored and the team that scored it is given a kick to get an extra two points.

Name a sport and there will be an occasion when bookmakers have to react to something that is taking place during play. If you think of how many sports there are being played at any given moment, it would be simply impossible for bookies to react to shift the odds in real time, hence the need to suspend betting.

After all, reacting to something In-Play makes complete sense, but reacting before play has started just seems to be odd. What many might not think about, though, is what can happen even before a ball is kicked or a serve is struck.

Using football as our main example, imagine you’re sitting down to place bets on a match half an hour before it is due to kick off. You have seen the starting line-up and feel as though Liverpool are most likely to win because Mo Salah has been in brilliant form in the games leading up to this one. We go to place a Double on Mo Salah as First Goalscorer and Liverpool to get over five corners, but as we try to place our bet betting is suspended. Unbeknownst to us, Mo Salah has injured himself in the warm-up and can’t start the match.

In this instance, it is actually us, the bettor, that the bookmaker is helping by suspending betting. After all, Liverpool are less likely to be attacking without Mo Salah in the team, so they could accept our bet with the knowledge that he’s not playing so he can’t score and the Reds are unlikely to get as many corners. Instead, they save themselves the clerical work of having to change our Double to a Single, amongst other things, by suspending betting and stopping us from placing our wager in the first place.

Though that is a specific example, you can see the logic regardless of the situation. Think about what would happen if a manager was sacked prior to kick-off, or news broke out about a major bust-up in the changing room. What if it was caught on camera that a tennis player was having a huge row with their partner right before their match got underway. These are all things that punters can look to take advantage of having knowledge about, so bookmakers need to do what they can to stop people from make money from them. 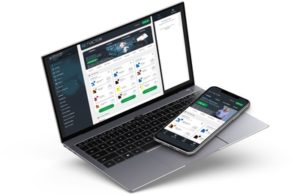 The reality is that it is virtually impossible to beat a bookmaker to the suspension. That is to say, trying to place a bet on something that has happened before bookies hit the ‘Suspended’ button isn’t something that you’re going to be able to do easily.

The reality is that bookmakers react in real-time, so even if you were physically located inside a stadium watching the event you’d be hard-pushed to beat them to the punch. If you’re watching on TV, satellite or listening to an event on the radio then you’ll be even more unlikely to get there first, thanks to the natural delay on broadcasting.

There is a process known as ‘courtsiding’, wherein you watch a match whilst physically in the same location as the action and try to take advantage of things that the bookmakers are a little slow to react to. Being at Wimbledon and seeing a player win a set before the ‘To Win The Set’ market is suspended would be a good example of this.

The problem is that this is against the terms and conditions of most bookmakers, with accounts often closed quickly when this practice has been identified, which is why it is worth avoiding.

Back in 2014, a British man was arrested after engaging in the practice of courtsiding whilst watching the Australian Open. The 22-year-old was arrested after being seen to be using technology to tell someone else what bets to place during the event.

They were believed to be linked to a syndicate of people that were placing wagers on a variety of different betting markets thanks to the information that he supplied. This is an example of why it is that courtsiding is not a practice that you should try to engage in at any point.

If you don’t like bookmakers suspending markets that you wish to bet on, one of the best things that you can look to do is to head to an exchange and place a wager there. In theory, there is no need for a betting exchange site to suspend betting, given the fact that the company itself doesn’t have any money at stake during events.

Betting exchanges work by allowing people to place wagers on a peer-to-peer basis. This means that you are betting directly with someone else, who is effectively operating as a bookmaker.

The exchange simply takes a cut of all winning wagers, so it is irrelevant to them which party wins the bet and which doesn’t. Of course, if you’re the person acting as the bookie then you’ll need to bear in mind that the markets that you’re offering might have some exposure if you don’t move to adjust the odds you’re offering In-Play.

This is the downside of using an exchange, especially if you’re not keeping up to date with what is taking place in the event that you’ve decided to offer some markets on, so do remember that.