When Phil Worthington, a retired electrician from Cheadle Hulme in Stockport, saw a 40/1 monster bet advertised in The Sun newspaper (or should we say comic) and decided to go for it, he couldn’t have imagined the issues that would follow.

The bookie with which the bet was placed, Coral, has refused to pay out on the bet saying that it was a mistake and should never have been taken in the first place, stating that it was advertised incorrectly.

This is an interesting situation because there is a third party involved; the paper. This means the bookie can blame the paper for misprinting the offer, the paper can blame the bookie for not giving them the full information, and the poor old punter is left wondering where his winnings are.

But the fact is that that Coral did  take the bet, so who is in the right here?

What Bet Was Placed?

Back on the 15th January this year, The Sun advertised a number of different odds on offer from various bookies in their sports section.

One of these was at Coral, and priced at 40/1 as follows:

Mr Worthington took the paper to his local Coral and attempted to place £25 on the bet, showing the paper to the manager who had to double check they could accept the bet.

The decision was a yes, they could accept the bet, and Mr Worthington even got the manager to sign the betslip.

With the bet placed, and a potential £1,000 in winnings on the table, Phil sat back and waited for the end of the season.

However, when his bet won and he returned delighted to collect his winnings, he was told the bet was a mistake, and offered odds of 2/1 instead, which would bag him just £50.

Why Was the Bet Rejected?

Coral aren’t exactly going to miss £1,000, they are part of one of the biggest gambling companies in the world, so it’s fair to say they probably feel they are in the right here.

In their view, The Sun failed to print the details of the bet accurately (it wouldn’t be the first the The Sun has printed absolute nonsense to be fair).

The company issued the following statement:

“The information printed in The Sun editorial section on this particular special bet was incomplete and therefore inaccurate, due to a mistake made when transmitting that information to The Sun.

“The 40/1 special price we were offering at that time was for Man City, Liverpool, Chelsea and Arsenal to finish 1-2-3-4 in that order and for Burnley, Watford and Norwich to finish 18-19-20 in that order.

“The Sun copy didn’t specify the fact that it was to finish in the correct order but, even more importantly, left off Arsenal for the Top 4 correct finishing order, rendering it a significantly more likely outcome at that stage and therefore a significantly shorter price to occur.

“We have never offered a price in our system on any special bet for Man City, Liverpool and Chelsea to finish top three and for Burnley, Watford and Norwich to finish bottom three in any order. So to settle the customer’s bet we have calculated the price we believe that eventuality would have been at the time in an attempt to settle the bet fairly.

“The actual 40/1 special bet we were offering was a loser in the end as Arsenal did not finish 4th. If a customer is unhappy with the way a bet has been settled in these circumstances they can seek independent advice from IBAS should they wish to.”

The Sun gave a much shorter statement, essentially saying it’s not their problem.

However, the two sentences in bold above show that Coral are accepting they are the ones who made the errors here; the information was not transmitted properly to the newspaper, and the bet was taken and needs to be settled.

Should the Bet be Paid? 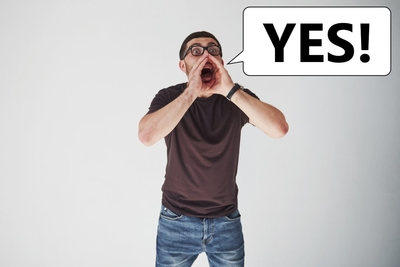 I think it should, yes. No question.

Coral seem to be admitting they didn’t communicate the special properly to The Sun, but more importantly, the shop took the bet after double checking, and the manager even signed the thing.

Every step of this palaver has been caused by their own errors, so they should step up and take the blow. And a very minor blow it would be to them too.

How they can stick a flag in the ground and claim that they don’t have to pay out is beyond me.

Mr Worthington is considering going to the small claims court to get what he believes is rightfully his, and as far as I am concerned, I really hope he goes ahead with it.

Bookies must take responsibility for their own mistakes.

It’s a grand, Coral, you would spend that on lunch for a board meeting – just pay the man.