Anyone who lost money when Football Index came crashing to the ground probably produced the longest bargepole known to man when they read about SportsBroker.

It’s an understandable reaction after the disaster that occurred back in March 2021, but is it necessary?

Football Index was an online trading platform where customers could buy shares in players whose share prices could go up and down based on many factors; supply and demand, media coverage, match performance, transfers, etc.

They also paid dividends on the shares owned in each customer’s account, and this is actually where a lot of their issues stemmed from.

SportsBroker on the other hand, while still an online trading platform, allows the buying and selling of virtual shares in teams rather than players, and the price of those virtual shares is calculated using simpler metrics, plus, there are no dividends to contend with.

What is the Difference Between SportsBroker and Football Index?

Football Index had something of a hybrid business model, allowing customers to buy shares in individual players a little bit like a stock market trader would do with a company, except the shares only last for 3 years. The hope then was that the shares would increase in value and/or pay out enough in dividends that the trader would get more back than they initially paid for the shares.

The price of these shares could go up and down, and they could also be sold to other traders, so no one was locked into a trade so long as they could find a buyer.

This was peer to peer trading to an extent, but customers also had the option to ‘instant sell’ their shares back to the company at a fixed price for a small loss if they really wanted rid of them, and the company could and did mint new shares whenever it wanted or needed to.

Where it went a little more off piste was with the daily dividends that would fluctuate in value based on each player’s performance and media presence. This gave customers a way to earn money on their shares each day on top of any capital growth they experienced.

Capital growth could be impacted by how many people were trying to buy shares in each player (the more popular the shares the higher the price) as well as on performance based stats.

This sounds amazing because if you buy a player who does well not only do your shares become more valuable but your daily dividends go up in value too. But in the cold light of day, it became clear that sooner or later Football Index would not be able to meet its mounting financial commitments to its customers.

The structure of Football Index had much more in common with a financial market making platform set up for retail investment, so the fact that it was regulated by the UKGC and not the FCA (Financial Conduct Authority) was astonishing to those who understand what an investment firm looks like.

SportsBroker, on the other hand, is regulated by the FCA rather than the UKGC, and all trading is done peer to peer. If you sell shares in a team you are selling them to another user on the platform, so you need someone who wants to buy them in order to get rid which takes pressure off the company.

No instant sell, no dividends, no potential disasters.

It is a much simpler setup too, with customers only able to buy virtual shares in clubs in the Premier League and The Championship (so far anyway). These shares can obviously be sold too, but only if you already own them – there is no ability to ‘short’ teams. That is to say you cannot sell shares at one price and buy them back when they go lower to pocket the difference, as you can on many financial trading platforms more associated with businesses and indexes etc.

It’s far less complicated than Football Index, and therefore far more secure, because the company only makes money by taking a commission on sales of shares that have gone up in value. Selling at a loss does not incur commission.

This is just how exchanges like Betfair and Betdaq work, so it’s a familiar concept and one that we know works for the company and the customer alike. Those who do well pay commission to the company, and those who don’t do well pay nothing – although they do lose some of their money if they sell their shares at a lower price than they bought them for, just like an exchange customer would lose their money if their selection lost.

The lack of dividend payments or other extra financial pressures on the company mean that SportsBroker do not face the same challenges as Football Index. So long as they maintain the platform and build a decent customer base, their business is sustainable and their income and outgoings are easy enough to forecast.

Why did Football Index go Bust? 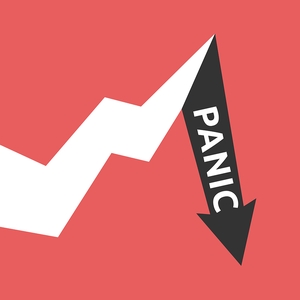 By paying out daily dividends and offering an instant sell option, Football Index put themselves in a position where they needed constant growth in order to survive.

However, the more growth they experienced, the bigger their outgoings became, because more customers mean more dividend payments and more people trying to instant sell.

The only way to pay for this increase in outgoings is to sign up even more customers and mint more shares to sell them, but then the cycle starts all over again.

It’s like being stuck on a treadmill that gradually gets faster and faster; the faster it goes the more energy you need to use to stop yourself collapsing and falling off, but eventually the treadmill will move faster than you can run and your legs will give in.

Football Index realised they had a problem, and so they cut their dividend payments dramatically in order to save money.

This had a catastrophic knock-on effect though, as customers who no longer saw value in their shares with such a reduced daily income decided to sell up, which meant the share value of all of the players suddenly dropped.

Because of this, other customers who may have otherwise stuck with the company despite the reduced dividends saw their account value plunge, and decided to sell out in panic before they lost more money.

This created the equivalent of a stock market crash, with everyone trying to sell their shares thus forcing the share prices lower and lower.

By the time Football Index suspended the platform many players were trading at just 20% of their previous ‘value’, meaning a customer with £100 of shares at the beginning of the crash saw their account value drop to £20 by the end. Of course, many people had a lot more invested than that. 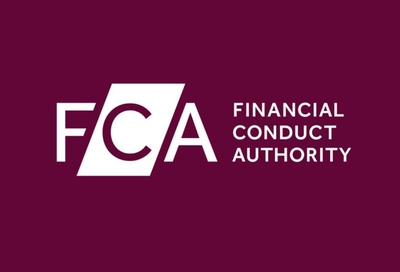 Hopefully after reading this article you feel more assured that SportsBroker, although seemingly similar to Football Index, is not the same thing at all and is a safe place to trade.

They key thing is that Sportsbroker makes its money from successful traders selling their shares in the same way as an exchange makes its money from those making successful selections. That’s it. There are no mounting costs from extra incentives or complicated reward structures of any kind, so the company’s finances can’t run away with them.

If you would like a little more reassurance, then the FCA regulation should be enough for you once you understand what it is.

The FCA regulate banks, credit providers, financial advisors, insurance companies and the like – basically any company that provides financial services to consumers like you and me. In order to operate in the UK, these companies need authorisation from the FCA.

Their 3 min objectives are:

In order to get authorised, companies need to follow strict guidelines and meet high standards of customer protection, and the FCA then monitor their behaviour going forward.

They have the power to fine and suspend any company that breaks the rules, and are a much bigger organisation than the UKGC with much sharper teeth too.

SportsBroker have satisfied the FCA, and this coupled with the fact that their business model is much more transparent and less convoluted than Football Index’s makes them a platform that we can confidently say are safe to use.