It was last September that 888 emerged as the winners in a bidding war for William Hill‘s European and UK assets.

The company had been acquired by Caesars Entertainment in April of 2021, but they made no secret of their intentions.

They had no use for William Hill’s fleet of UK high street shops or their European online interests, so the industry was expecting the company to be split and sold off.

A few months later in September and 888 agreed a £2.2 billion deal for the famous brand, and this week the sale was officially greenlit.

There has been a bit of a change in the meantime though.

What 888 needed to get this sale across the line was the support of their shareholders, and that support came in spades.

A huge 99.79% of shareholders agreed to the deal, although it is being recognised as a reverse takeover according to the UK Listing Rules, which means all 888 shares will all be cancelled and relisted on the London Stock Market at the end of June.

It should not have a detrimental impact on 888’s position in the FTSE 250.

At this point, the deal will have officially been done and the William Hill brand in the UK will officially become part of 888 Holdings.

Lord Mendelsohn, who is 888 Holdings Non-Executive Chairman, put out a statement:

“We are delighted with the support of our shareholders for our proposed acquisition of William Hill and would like to thank them for their continued, constructive engagement as part of this process,”

“We look forward to completing this transformational acquisition at the end of June, creating a global online betting and gaming leader through the combination of two highly complementary businesses and two of the industry’s leading brands.”

It will make 888 a much bigger player in the UK market, where they already enjoy success in the online space but will now be able to add one of the best known brands in the country to their roster.

Not only that, but it will give them a huge chunk of the high street market as well, having had absolutely zero experience operating physical betting shops before.

So new and exciting territory for 888 on both fronts. 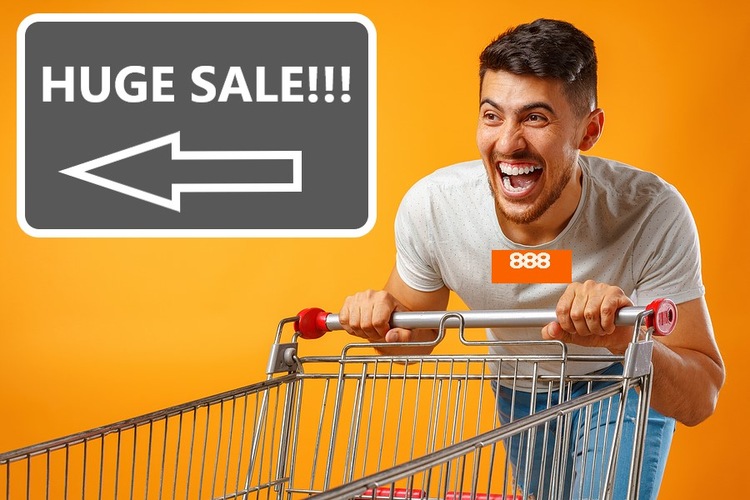 We said there had been a change since the original deal was struck, and here it is.

Caesars Entertainment have agreed to a fairly hefty price cut to reflect the change in the value of the company, in monetary terms anyway.

They have dropped the price by £250 million, which equates to around a 11.3% discount from the original £2.2 billion price tag.

This is because of the change in macro-economic and regulatory circumstances, which essentially means the brand is going to find it harder to make as much money as originally thought when pen was first put to paper. Therefore, the company is worth a little less in terms of expected future earnings.

Both sides should still be happy though; 888 are unlikely to complain about saving £250 million quid for what is essentially the same company, and Caesars only spent £2.9 billion in the first place, so they are getting almost 70% of their initial spend back.