Anyone watching the telly after 9pm during April may have caught the Ladbrokes ad in question before it was taken off the air.

Although the ad originally passed checks and made it onto the TV in the first place, a complaint from a member of the public made the Advertising Standards Agency (ASA) look again.

This isn’t the first time Laddies has had their ads taken off the air – back in 2009 the same thing happened after it was decided that their commercial promoted reckless gambling – but this time around it was a much closer call in my humble opinion.

What was Wrong with the Ladbrokes Advert?

The content was deemed to depict behaviour that could be associated with problem gambling. The issue centred around the amount of gambling that was going on and the reaction’s to it.

The ad is obviously not available to watch anymore, but it went a little something like this:

FADE INScene 1 – A man uses the Ladbrokes app to place bets while watching the football.

Voiceover: “I’m a nodder. Up to the football, down to the app. Like a dog on a dashboard.”

Scene 2 – A man uses the Ladbrokes app on a train platform.

Voiceover: “When I bet i’m a frustrated manager. I kick every ball.”

Scene 3 – Three men with a bet on the game lose their minds in celebration as a goal is scored.

Voiceover: “If I’ve got an acca coming in I find myself getting very excited”

But oh no! It’s going to VAR. The atmosphere is immediately tense as they await the final decision.

Ok that probably isn’t the best representation of the advert but you get the idea.

Scene 3 was one of the key issues with the add, because the bettors’ moods changed when the decision went to VAR, and this was enough to qualify as a ‘mood swing’. Crucially, their reaction was to the game’s effect on their bet, and not on the game itself.

The complainant therefore believed the advert showed people who were addicted to gambling and the ASA agreed with them, saying:

It was also thought that Scene 1 showed a man making multiple bets in a short space of time. Ultimately, this amounts to being socially irresponsible.

Ladbrokes did challenge the decision, stating that nothing in the ad suggested problem gambling behaviour under current guidance, but the decision was final.

Was This the Right Decision? 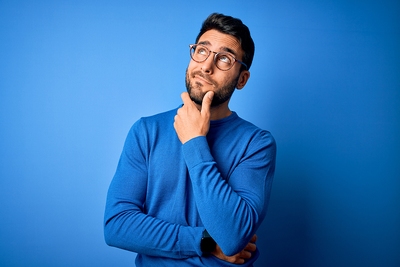 Now, we obviously have to be careful and strict with the way gambling is advertised, and social responsibility should be at the forefront of our minds when discussing this.

However, anyone who gambles does so for enjoyment, for excitement, to make things more interesting. They want to win their bet, right?

Does showing people enjoying their bet count as socially irresponsible behaviour? The National Lottery is allowed to tell the nation that “It could be you” every week, and shows people celebrating big wins and talking about how exciting it was when their numbers came up.

With sports betting, however, the message seems to be that you can gamble on sport as long as you don’t look like you’re enjoying it…