During the height of the pandemic many businesses had no idea how or even if they would survive and make it out the other side.

High street bookies were no different, and just like many other businesses many took advantage of the Government’s furlough scheme, allowing them to keep their staff members on full pay until shops re-opened.

Why then are Ladbrokes now getting bad press for not paying that money back, when so many other businesses are in exactly the same position?

Well, there are a few reasons, and even I am a bit torn on what I think the right thing to do would be.

When betting shops closed and people were furloughed, there was a double effect on online gambling websites.

Many of those who would have bet instore moved their action online, and many people who did not usually gamble turned to having a punt as a way to kill some time and enjoy themselves.

This meant that online gambling takings were much higher than predicted, softening the blow of closing the high street shops and not being able to take bets on the thousands of cancelled sporting events.

Before this had happened, Ladbrokes claimed £57.5 million in 2020, and another £44 million in 2021 (by which point they must have known their online business was doing better than expected), keeping all 14,000 of their staff on full pay throughout lockdown.

However, their parent company, Entain, felt no impact at all on paper, with revenues unchanged and even attracting a £16 billion takeover bid from American company, DraftKings in late 2021.

The deal didn’t go through, but it shows how not in trouble the overall business must have been.

It didn’t help that PaddyPower didn’t claim any furlough money, nor that William Hill paid their £24.5 million furlough money back – although to be fair Entain have many more retail outlets than either, 2,850 of them all told.

So, on the face of it keeping the money does seem a bit tight.

The Difference Between Entain and Ladbrokes 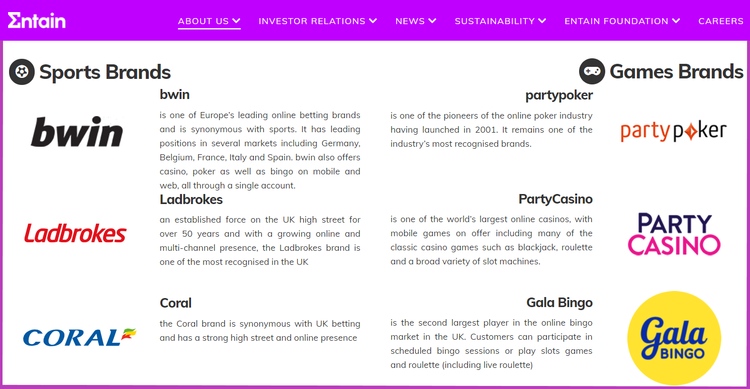 What muddies the water in this debate, is that while Entain might have earned a pre-tax profit of £114 million, Ladbrokes is only one brand within that overall business.

In actual fact, Ladbrokes revenues for the year shrank more than 30%, from £983 million to £681 million, while Entain’s revenues stayed level at £3.6 billion.

Yes, Ladbrokes are owned by Entain, but in a conglomerate like that, each business operating under the parent company is run as an independent entity. Not to mention the fact that a company making the same amount of money each year is actually making less due to inflation and other factors like that.

So basically, just because Entain wasn’t hurting (on the surface at least), Ladbrokes certainly still was.

So, does that mean they are justified in keeping the cash?

I say ‘keeping the cash’, but of course it’s not sat in their bank account being counted by a maniacal CEO, it was paid to their staff as wages.

Ladbrokes have not commented on this since last year, when a spokesperson said:

“Whilst the virus is still with us and the outlook, although improving, is still far from certain, the board will continue to keep the situation under review.”

However, the news has resurfaced recently and now everyone seems to be outraged, especially a number of MP’s.

Carolyn Harris is one of them, but she is famously hostile toward the gambling industry in general, and it’s hard for MPs to claim the moral high ground when you look at some of their expenses claims.

Personally, although Ladbrokes aren’t doing anything wrong I can understand why people taking the headlines at face value would be angry. It sounds pretty damning.

However, Ladbrokes have closed shops recently (including my local) so they are certainly having to make difficult decisions in the wake of the lockdowns, and it is much easier for companies with fewer staff to pay back their furlough money than a big company like Laddies.

In short, i’m undecided. I certainly don’t think they should be made to pay anything back, but perhaps a gesture would go down well to show they are sensitive to how this looks, even though looks can be deceiving.

I think it’s much more likely though that they will stay quiet until the noise dies down and then everyone will forget all about it.