Back in February, popular online betting exchange, Matchbook, had it’s license to trade suspended following some pretty significant failures when it came to customer safety and anti money laundering measures.

That was six months ago, and on the 7th August the UKGC announced that the suspension had been lifted, meaning that the company were free to get back in the saddle.

It didn’t take them long to boot the website back up either, because on Wednesday the 12th customers received an email inviting them back to experience the site and the changes they had made.

Why was Matchbook’s License Suspended? 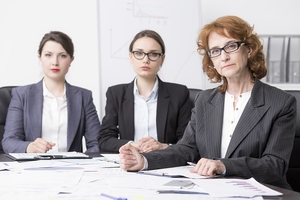 It is actually Matchbook’s operating company, Triplebet Ltd., who were on the receiving end of the slapped wrist, but by default Matchbook had to temporarily cease trading.

The UKGC found the company had failed to comply with social responsibility codes of practice and that it had breached conditions of its licence relating to anti-money laundering measures.

Two whopping examples involved one bettor who gambled £2million in a single day without any source of wealth checks being carried out, and another concerning an account holder depositing a significant amount of money and withdrawing it the same day without gambling any of it – which is about as obvious as money laundering gets.

Mark Brosnan, the company’s long term CEO departed mid-suspension, leaving his post voluntarily in May, although he was keen to impress that his resignation had nothing to do with the suspension. Who knows the truth behind that claim.

How Have Matchbook Improved? 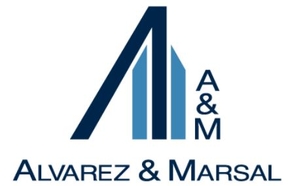 For a start, as soon a the UKGC’s investigation began Matchbook engaged the services of performance improvement consultancy Alvarez and Marsal, which shows they were willing to properly invest in getting things right.

They also had to involve independent auditors to prove that the consultant’s recommendations had been implemented satisfactorily, so it sounds as though a pretty thorough job was carried out.

By all accounts a lot of the work was done a long time before Matchbook re-opened, but they held off to make sure they really had crossed every ‘t’ and dotted every ‘i’.

A spokesman said that Matchbook:

“has been working closely with the independent auditor and the GC to ensure that all parties had a complete understanding of the business and the intricacies of the work which had been undertaken”.

In terms of reputation I think they probably can. Few gamblers are truly put off by these sorts of license breaches, so if Matchbook offer a good service that is competitive then they should recover fairly quickly.

If the issues had involved how trustworthy they were such as withholding customer funds or having suspect terms and conditions it might have been a different story.

Financially the company will be hurting – they have been unable to earn for a good six months which is going to hurt even the most robust of businesses, and they were fined £740k – but their suspension coincided almost perfectly with lockdown and the cessation of pretty much all sports.

Depending on how you look at it this couldn’t have been better timing. Sure, they were out of the game for a few weeks before their competitors lost most of their trade, and for a while afterwards too, but the fact is the whole gambling industry has taken a massive financial hit over the last 4-6 months so in that respect Matchbook were going to lose money anyway.

If you ask me, a suspension couldn’t have come at a better time.