It’s all relative isn’t it, so while the figure might not seem significant next to the £9.4 million smack round the chops that 888 received back in March, for a smaller company it’s going to hurt.

Especially coming now, just after the pandemic decimated the sports betting industry, leaving Smarkets with a loss of over £3 million for the 2020/21 financial year.

They only became profitable in 2014 so they haven’t exactly had a long time to build up a buffer either.

Their future is not in doubt, it isn’t that bad, but a financial penalty of this size added to their other recent misfortunes, and their relative youth compared to other big names in the industry will be most unwelcome.

Why Were Smarkets Fined? 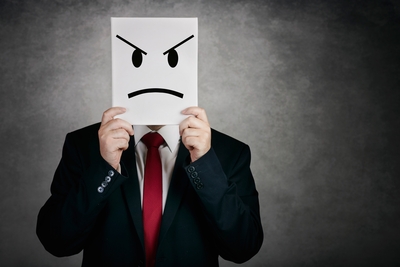 I feel like I could copy and paste this section from all of the other posts about company fines I have written, but I won’t, because that would be unprofessional.

According to the UKGC who issued the fine, Smarkets were guilty of anti money laundering and social responsibility failures.

In one case, a customer was allowed to deposit £395,000 over a 4 month period – which is clearly a red flag for gambling harm – with Smarkets doing no source of funds checks.

Another customer transferred significant amounts of money between accounts without any further investigation, which should have been checked as it shows a clear risk of money laundering.

This all came to light during compliance checks that the regulating body run on all gambling companies operating in the UK.

“Our investigation into Smarkets unearthed a variety of failures where customers were put at risk of gambling harm. It was obvious that poor systems and processes were in place which contributed to these breaches, driven by the company’s failure to effectively implement its policies and controls.”

As a result, Smarkets have received the fine, an official warning, and they will be audited to make sure their mistakes are not repeated, and their internal processes are carried out with more diligence.

The size of the fine does suggest though that their failings were not as serious as many who have gone before.

An award winning, innovative, and product led exchange betting platform and sportsbook, Smarkets are UK based and have been around since 2008.

They have shown that they are unafraid to challenge the industry titans, going head to head with Betfair and offering lower commissions, as well as offering industry beating odds in the sportsbook by drawing them from their exchange.

They were also the first betting exchange to offer multiples.

A promising product then and one that has kept their nose relatively clean since their early days… until now.

Despite this recent foul up, the company have handled it well, with CEO Jason Trost saying:

“We have worked cooperatively with the Commission throughout the process and taken significant measures to implement their recommendations, investing substantially in our compliance function,”

“We take our responsibility to have appropriate compliance policies in place extremely seriously. We will continue to work closely with the Commission and other relevant stakeholders, and will take proactive steps in order to ensure further improvement to our procedures on an ongoing basis.”

There’s not much more a company can do other than take it on the chin and aim to do better, and you get the impression that Smarkets mean what they say.

Being fundamentally a betting exchange they earn a huge chunk of their money through commissions, so for them, liquidity is the most important factor – the more people backing and laying through them, the more commission they make.

And their user numbers have been going up and up to record highs, so they are in a good place.

Most probably this is a case of people slacking off or internal processes needing to be tweaked, which I feel they will address.