Back in 2018, the trendy online banking app, Monzo, created a gambling block that enabled its customers to bar themselves from spending money on gambling products.

A few years later, and the feature has had plenty of time to be tested, with the company claiming it was switched on over 275,000 times and less than 10% ever switched it off permanently.

This proves that not only is it a feature that people want, but it works.

Now, Monzo’s CEO, TS Anil wants this home made feature to go industry wide, and is urging the Government to use their current review of the 2005 Gambling Act to make it universal.

Why Do We Need a Gambling Block?

The issue of people betting more than they can afford to lose is as old as time itself. Even Roman Centurions used to throw dice and wager on the result – really, they’ve found dice during excavations – but the dawn of online gambling made access to gambling so easy that it exacerbated the problem.

The idea of self exclusion is nothing new, indeed, all sites must offer customers the option to self exclude among other responsible gambling tools; but with many punters using several different sites to bet this becomes messy to manage.

Monzo’s solution is to attack the problem earlier down the line, before money has even made it into a gambling account.

They will offer their gambling block feature as an open API so it can be integrated into all banks’ platforms, therefore creating a universal safety block, but the hope is for this to be made an obligation rather than a choice.

Anil said in an open letter:

“We believe the government should take the opportunity afforded by the Gambling Act review to make sure every consumer in the UK can access these blocks, regardless of who they bank with.”

Gambling sites would provide their bank details and the feature would then block transactions to those accounts for any punter who decided to use it. 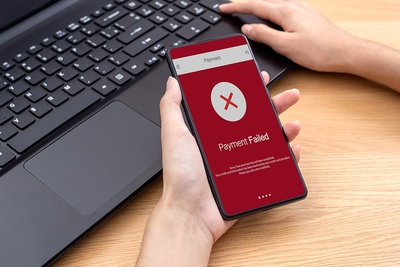 It’s true that many banks already have their own safeguards in place, but once again these are all handled independently, and some are not particularly user friendly.

The argument is that making the option mandatory and bringing the effort together under one roof would make it easier to manage for both providers and customers, which in turn would make it more effective.

The other big difference is that this block can be extended to Ewallets and the like as well, closing many loopholes.

This is key because in the past, even if a problem gambler had blocked their bank account they could still move money to an ewallet or other payment system, before then going on to deposit at a bookmaker from there.