Many technology companies pride themselves on being at the forefront of innovation and even make it a key part of their marketing campaign, while for some it is even a unique selling point, though FSB Technology have reason to be confident.

A well-respected leader in the world of sportsbook software, their track record is unparalleled. Headquartered in the heart of London’s ‘Silicon Roundabout’ district, they are ideally placed; magnets for unsolicited venture investment and commanding a global reach.

Sustained by the fact they have presence and operations all around the world including North America, Asia, Australia and Africa, the only game they are playing and dominating at is Monopoly.

Ideally placed in strategic regions to capitalise on the latest gambling trends, FSB understand that when it comes to providing sportsbook innovation software of the highest quality they can very quickly and efficiently bring it to market enabling for seamless transitions.

In fact domination of their own niche, positions them perfectly to help their clients dominate theirs, substantiated by the fact they boast a portfolio of some of the biggest names in the industry.

Their partnership with PaddyPower Betfair is a prime example of a round peg in a round hole, taking into account both company’s emphasis on innovation while they are both leaders in their respective markets.

Garnished generously with other heavyweights which include dafabet, 138.com, Genting Bet, Jennings Bet and many more besides, testimonials demonstrate the level of expertise and skill that the software provider has at its disposal.

In an industry known for its myriad of problems at a high technical level, FSB prides itself on finding the right solutions at the heart of its business practices. A philosophy which feeds down from the top.

They say environment and culture in a company is just as important as the bottom line, though in this case they are related. A walk around their London office will prove that; sparked by an instant buzz the minute you enter, this highly charged atmosphere is typical of any kind of tech company located in the City.

An area where creatives thrive and bounce off each other best, Shoreditch has long been considered the cool cat of London suburbs and FSB is keen to embrace that title, even among the sportsbook elite.

Each door you walk through is like pushing through the wardrobe into a modern day technological Narnia rich in imagination and where the true magic happens.

It is little wonder why their clients are time and again left spellbound by the work they commission, while employee turnover rarely reduces. In a place where a hotbed of talent dwells, FSB can effectively take its pick of the best candidates on the market, all of whom have something unique to offer including their own little sprinkling of stardust.

It gets better. Perhaps one of the best white label providers out there, where creativity really comes to the fore, it is evident that innovation is at the core of their operations. Highly versatile and customisable in the white labels they create for clients, which effectively is their very own tailored sportsbook and/or online casino, the results speak for themselves.

What takes them into a league of their own though, is their retail technology which incorporates touch screen software for its EPOS (electronic point of sale) and has as such become a game-changing development. 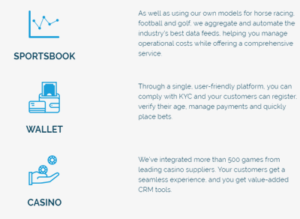 While they launched in 2007 well-backed with investment, it wasn’t until seven years later that they really started to make waves in the online gambling world.

With an emphasis on building their products and testing relentlessly, the company focused primarily on ensuring everything was correct before taking it to market; a move which has paid dividends.

They gradually went about their business, almost undetected before being rocketed into the stratosphere and currently the technology they provide propels at a rate of mach three, facilitating the seamless functionality of many an online sportsbook brand.

In 2017, the company set a record for the deployment of technology across multiple territories, thus flexing its muscular reach around the globe, while the initiation for the development of wearable technology further cements the company as leaders in its niche. 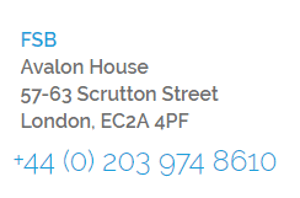 As technology continues to move forward, in recent years, the gambling industry has always been a little late to the party when it comes to the cutting edge progressions, however FSB are doing all they can to change that according to Business Development Director Richard Thorp:

“AI (Artificial Intelligence) will undoubtedly be the definitive driver of growth for operators over the next 12 months and beyond,” he said.

“You’ll have seen the hyperbolic movies on the rise of the robots, but artificial intelligence for igaming is no less transformative, even if no-one’s going to make a film about it.

“Machine-learning promises generalisable tools which can adapt and improve their own programmatic code, giving operators the edge on the competition and a deep understanding of their customers. For example, there’s an old maxim in trading that the further ahead of an event you bet, the cannier you are likely to be as a punter. Of course, that’s a generalisation with myriad exceptions. But it explains why operators relax their limits closer to the start time of any event, when most unknowns are known, so it’s harder to steal an advantage,” he continued.

“However, the latest AI tech can probabilistically drill down on these “tells” (e.g. time / size of bet, location, gender) across the board and effectively profile your customer within a few trades. Bonus abusers get weeded out, high rollers who got lucky early on get accommodated. You get the idea.

“After all, we are creatures of habit. Whereas AI is simply a bigger-brained beast. As the trading algorithms kick in, the client-specific marketing strategy must inevitably follow, paving the way to a truly personalised experience for the punter. For any operator, the dream is to know their consumer from log-in. With AI, that dream is now an attainable reality.”

Certainly an interesting proposition and for FSB technology it is a case of watch this space rather than close that wardrobe door.