Finally some good news on the topic of gambling addiction – problem gambling figures have dropped significantly over the last 12 months or so.

This is welcome news indeed after a seemingly never ending stream of news calling out the gambling ‘pandemic’.

The quarterly survey was conducted by Yonder Consulting on behalf of the UKGC, who contacted over 4,000 people for interviews during the period and the same period the year before.

The news was especially good for those between the ages of 16-24, a demographic that has been closely monitored, as the problem gambling rate dropped from 0.8% to 0.4%.

Good News for the BGC

The Betting and Gaming Council will be especially pleased with the news since it has been their mission to drive up standard in the industry with their members.

The BGC are an industry body representing more than 90% of operators in all areas of the industry, established in 2019 and committed to making big changes when it comes to standards.

Michael Dugher, the chief executive of the BGC, is clearly happy with the news but is not prepared to rest on his laurels:

“One problem gambler is one too many, however, and we are determined to keep up the momentum in the months and years ahead.”

The body has encouraged their members t use advertising to promote safer gambling tools rather than offers, as well as investing in research and treatments, implementing the credit card ban, and also funding an education program via safer gambling charities. 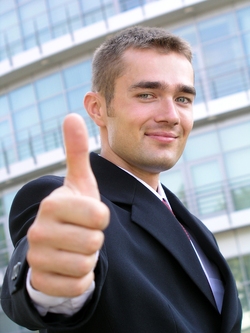 While the youngest generation saw a significant drop in figures, it was actually the 25-32 year olds who saw the biggest drop.

Looking again at the overall numbers, the survey also notes that a large part of it is made up of an increase in people playing the national lottery which, while still gambling, is not usually seen in the same light as other forms of betting.

So overall it is very positive news for the industry, which is still managing to grow in terms of profitability but is doing so in a way that is much safer for gamblers, whether classed as being vulnerable or not.