Just when things seemed to be getting back to normal, a second wave of Coronavirus seems to be rearing its ugly head.

In response, the Government have come up with a (some might say baffling) 3 Tier Local Lockdown system which will apply stricter rules to areas of the country which are especially exposed to the virus.

The whole country is on Tier 1, with a few areas mainly in the North West in Tier 2, and poor old Liverpool and Wirral being the only area currently in Tier 3.

This top tier is where bookies might be affected, because there is talk of forcing them to close in Tier 3 areas – a move no one wants to see but that has already been actioned in Liverpool.

Will High Street Bookmakers Have to Close Again?

In certain areas, yes – although continuing in the tradition of keeping the nation as confused as possible the Government haven’t so far issued any concrete guidance as to how long this will last – but bookmakers will certainly be among those businesses most affected.

Others include pubs that don’t serve food, swimming pools, and casinos, but the chief exec of the betting and Gaming Council has accused the Government of “tokenism”, and lets face it, bookies are an easy target here.

Response to the Lancashire lockdown from our CEO @michaeldugher as almost 1,200 betting shop and casino staff are forced to stop working while gyms and leisure centres are allowed to stay open. pic.twitter.com/2cH5XXw2UR

It all comes despite the scientific advisory panel suggesting that the closure of non-essential retail would have only a minimal impact on the spread of the virus.

A bookmaker is certainly non-essential retail, no question, but is the damage done to the economy and those people who’s jobs are on the line worth the minimal potential reduction in the spread of a virus that does need to eventually make its way through the population?

A lot of people don’t think so, and there is even talk of legal action being taken against the government, both by the businesses themselves and by local leaders such as Andy Burnham, who is considering legal action if Manchester is put into Tier 3 lockdown.

It’s not just bookies that are affected by this after all, a heavy handed and ill thought out response could shatter thousands of lives.

How Many Shops Will Be Affected?

Exact figures are hard to come by, and will change as areas are classified and re-classified, but at the moment there are 81 Betfred shops that will have to close in the Liverpool area.

Assuming that each shop has an average of 4 staff members, that gives you some idea as to the effect on employees. Not to mention those customers, often those of the older generation, who choose to visit betting shops as a way to interact with others with similar interests.

And that’s just one betting brand; you can times the impact by at least 5 if you take into account Coral, Paddy Power, Ladbrokes, and William Hill, not to mention all of the smaller and independent bookies out there.

The affects of the closures are much further reaching than it may at first appear.

Why Are Bookmakers Being Targeted? 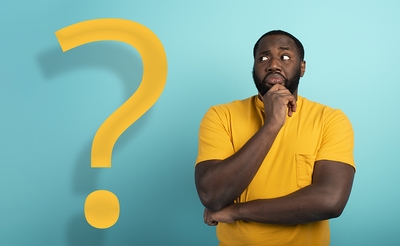 It isn’t just bookmakers, and as I said, it’s fair to class a bookie as non-essential retail, but when other shops on the same high street are allowed to stay open with the same rules as a bookie such as masks and social distancing, it does make you wonder what the logic is here.

But the Government needs to be seen to be doing something, and in an un-precedented situation like this it seems they are struggling to come up with anything better.

The impact on business won’t be as severe this time around since the closures will be limited to the worst affected areas of the country only, but it is certainly not the news that any business wants to hear.

With the online industry largely unaffected, local lockdowns are unlikely to cause too much further damage to a bookmaker’s bottom line in the long run, but whether or not high street shops will start to be too much hassle for the income they generate remains to be seen.