It was a busy end to the week for William Hill, as news broke last Friday of not one but two companies bidding for a takeover.

The share price sky rocketed over 40% in reaction, but although interest had been announced no official offers had been made until today, when a £2.9 billion price tag was tabled.

Both companies have until October 23rd to make their final offers, but William Hill may not be interested in selling. Their foothold in the fertile American market is strong, and UK business is picking up again too post lockdown, so they are in a very good position.

Who Wants to Buy William Hill?

The two companies at the centre of the storm are American casino operator Caesar’s Entertainment, and private equity firm Apollo Global Management, both of whom have made cash proposals.

Caesar’s are already invested in the British gambling giant owning 20% in William Hill US, so a merger has also been rumoured in the past.

Today they offered £2.9 billion for the company, which has been received very poorly indeed by shareholders but represents an offer of 272p per share which, considering William Hill hit a low of around 30p a share in March would still make a lot of people a lot of money.

Apollo Global Management are a huge investment management company, who interestingly used to own a large stake in Caesar’s Entertainment, which makes this bidding war especially noteworthy. They are also currently bidding for ASDA, leading the race with a £6.5 billion bid, so they definitely have cash to spend.

With Caesar’s first offer on the table, Apollo can show William Hill just how serious they are with a counter offer. 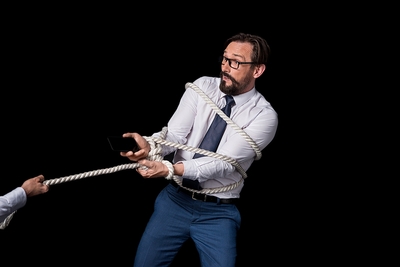 Their current partnership in the US means that Caesar’s do have an element of sway with Hills, as they run their sportsbook operation through a lot of Caesar’s markets.

Caesar’s have already made it clear that a sale to Apollo Global would mean William Hill could no longer offer their sports betting services at Caesar’s venues, so a successful offer from Apollo would need to be large enough to compensate for that.

It’s a dirty trick to pull but it does show that Caesar’s are not messing around; they want William Hill and they will do anything they can to get them.

Whether or not this warning is severe enough to scare the William Hill board away from Apollo Global remains to be seen, but it may make them regret getting involved with them in the first place.

Death of the Independent Bookmaker? 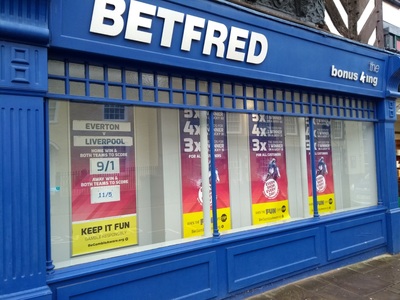 If this deal were to go through, it would leave just one major high street bookmaker operating independently, Betfred.

There are other smaller companies with a few shops here and there, but every major name would be part of a larger group; PaddyPower is Flutter, Ladbrokes and Coral are GVC, and William Hill would be… well, whatever the group ended up calling themselves.

Betfred are already the only privately owned major high street bookie (i.e they have not floated on the stock market), and it is unlikely that a new brand would be able to launch and scale up these days.

Does that mean the independent bookie is a thing of the past? Is this an industry that has closed its doors to up and coming entrepreneurs or time served local bookies who want to expand? It certainly seems to be going that way.