In the modern world, everyone has busy lives filled with work, sports to watch and friends to see socially. As a result, it’s not unusual to forget that we’ve placed a bet, let alone bother to cash it in if it was a winner. It’s why it’s always good practice to ensure that you’ve got a specific area that you keep any betting slips, meaning that you can check then to see if they won when you’ve got some spare time.

Of course, life is really that simple. It’s not impossible to imagine a scenario in which a child or partner has picked up the ticket and moved it somewhere else, with ‘out of sight, out of mind’ becoming the mantra for the person that placed the bet in the first place. If such a thing were to happen to you, how long would you have to find the ticket and then take it to the bookmaker in order to be paid out what you’re out?

Obviously if you are betting online then bets are paid out automatically.  There are, however, issues should you not log into your account for a period of time that could lead to the account becoming dormant and this can result in charges.  We will cover this element too below.

It Depends On The Bookie 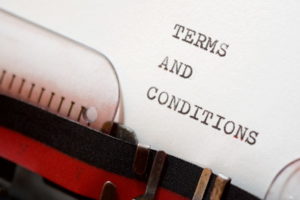 The honest truth is that how long you officially have to cash a bet will differ from company to company. They will all have their own rules on the matter, which are normally displayed clearly in their terms and conditions, but it’s entirely possible that they’ll waive those rules in order to allow you to cash your bet depending on the circumstances. Some bookies don’t even have rules with time periods, just how you come to claim.

For online bookmakers, everything happens automatically and you don’t need to physically claim your winnings. Even so, some accounts remain unused for long periods of time and they will make them ‘dormant’ after a certain period. It removes the account from their system but can still be brought out of its enforced hibernation on occasions when someone logs back in and wants to claim their winnings.

Whether they refer to them as ‘dormant’ accounts, ‘inactive accounts’ or something else entirely, it’s likely that your account will be made dormant until you log back into it. Some bookmakers then charge you what is essentially a maintenance fee until you either log back into it or the money within it runs out. The United Kingdom Gambling Commission’s rules on the matter say that accounts can’t be made dormant unless they’ve been unused for more than 12 months.

Ideally you should never leave any significant amount of money in an online account.  The money is ringfenced under UKGC rules but these are not financial organisations, which means your money is not necessarily protected if a company goes bust.  This has happened a few times so it is always wise to get your winnings out as soon as you realise you have them.

The Administration of Gambling on Tracks

If you’ve placed your bet with an on-track bookmaker and forgot to cash it in before you left the track, all is not lost. On-track bookies tend to leave the area pretty quickly, not because they’re trying to avoid paying out on winning bets but because it’s their job and don’t we all like to leave work as soon as we can? The good news is that you’ll be able to find information about the bookie in question on the back of your betting slip.

You can also get in touch with the Administration of Gambling on Tracks, writing to them and sending them the original ticket. They will use the information on the ticket to get in touch with the bookmaker that you used, who will then check their own records to see if they’ve got evidence of the outstanding bet. If they have then they’ll pay you out on it by sending a cheque for the full amount to the AGT.

It’s worth noting that, technically, you only have one month to make your claim. After that point, it becomes a matter of the bookies’ discretion as to whether or not you’ll be paid your winnings. That being said, as long as there’s nothing dodgy about your ticket and it is in reasonably good condition then it’s unlikely that they’ll refuse to pay. Even so, it’s certainly worth remembering that that’s an option open to them. 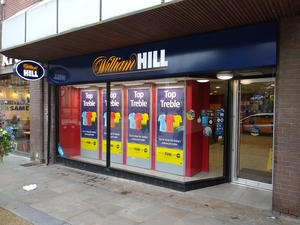 In 1974, Joe Robertson placed a £1 bet on Red Rum in the Grand National, receiving odds of 11/1 from William Hill. They were decent odds when you consider that Ginger McCain’s horse had won the race the year before. When he won it for the second time, Robertson should have gone to a William Hill shop and claimed his £12 winnings, which was a decent amount of money at the time. Instead, he forgot all about his winning slip.

Lost in amongst some paperwork, the slip itself didn’t see the light of day again until 2017, with Robertson having died in 1979. It was only when his son-in-law, Bob Holmes, was looking through his father-in-law’s paperwork that he found the slip, taking it to a William Hill shop and expecting that they’d pay him out the £12 that it was worth, if they honoured it at all. It had been placed 43 years before, so William Hill had some thinking to do.

In the end, they decided to not only honour the bet but to do so having adjusted it for inflation. They paid the family £130 in winnings, as well as giving them £130 in free bets and donating £130 to a charity of their choice, which was Water Aid. Bob Holmes placed a £20 Each-Way bet on Blaklion for the 2017 Grand National, with his wife, Nancy Holmes placing £25 Each-Way on Definitely Red. Her sister, Rhoda Robertson, placed her £20 Each-Way wager on Ucello Conti.

The 2017 running was won by One For Arthur, but Blaklion came forth in order to ensure that the family at least got some money from Joe Robertson’s initial hunch that Red Rum would be able to win the National for the second time in succession. Whilst William Hill had always tried to settle late claims as much as possible, the company’s spokesperson, Graham Sharpe, admitted that they were surprised at a claim coming in 43 years after the event.

It just goes to show that it really doesn’t matter how long after a bet has been settled you find your betting slip. It’s always worth getting in touch with the company that you placed it with and finding out if they’re of a mind to settle it for you. They don’t have to do it, but often they’ll do so because they publicity that they might get from making it public will far outweigh what they’ve had to payout in winnings.