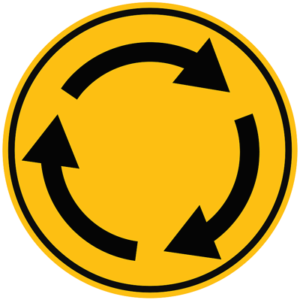 In the world of betting, Conditional Bets are those that bookmakers don’t tend to offer on an obvious basis. You’re unlikely to find them on the homepage of a bookie’s website, for example, instead needing to actively get in touch with them to find out if you can place one. The exception to this is with exchange sites, which will often offer them as an additional product, but again they usually need to be sought out.

Conditional Bets are quite wide-ranging in nature, meaning that there are a wealth of them that you can place. In short, they are bets that have certain requirements that need to be met before they become active, with the bettor being the one to set these requirements. This is the likes of minimum odds being reached or a team to win only if a given player starts the match. 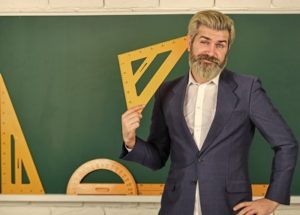 In short, a Conditional Bet is one that only becomes active if something else happens first. In other words, you might say that you want to place a bet on England winning 2-0 but only if Curtis Jones starts the match. As you can imagine, the range of possibilities is huge and that is why sportsbooks don’t tend to offer them as standard. Instead, if you wish to place one then you’ll need to get in touch with your bookmaker of choice directly.

Another good example of a Conditional Bet is one whereby a punter might say that they like the look of a horse but will only place an actual wager on it if its price drifts to a given set of odds. It could be 5/1, say, and you choose to place a £10 bet on it if its odds drift to 7/1. When the odds hit 7/1 the condition of your bet has been met and so the wager will be placed for you.

There are countless reasons why a punter might choose to place a Conditional Bet, but the main one is that it allows them to risk less money. As an example, you might not want to be in a situation where you could lose your stake on two different wagers, so you can set it up so that the second bet is only placed if the first one is a winner. It’s a bit more complex than that, but you get the idea.

Here’s a look at what Conditional Bets are why you’d place them, using the examples of wagers that are well-known enough to mean that they’ve got their own names:

This is a wager that requires an initial bet to bring in such a return that it essentially triggers further betting. They are sometimes referred to as ATC bets or even ‘if cash’ wagers.

Essentially, you’re saying that if your first bet wins then another bet can be placed with all or part of the returns.

Up & Down Bet (Stakes About, Cross Bet)

This Conditional Bet has two selections that comprise a pair of linked Singles. If the first selection in this bet wins then another stake is placed on the second selection. If they both win then you’ve basically doubled your wager on both of them and therefore collect twice the winnings.

Of course, the downside is that you’ll lose both stakes if only one selection wins.

This bet type has three selections and makes up ten separate bets. That is a Treble, three Doubles and three Up & Down wagers. Each of the Up & Downs is basically two separate bets, so a £1 stake per line would end up costing you £10.

The good thing about this is that only one selection needs to be a winner in order for you to win some back on your total bets.

This is the next level of betting, seeing four selections chosen for a total of 23 different bets. They are made up as follows:

As you’d imagine, a £1 stake per line is the equivalent of a £23 bet, with money coming in as long as one of your selections wins. In terms of variations of Doubles, Trebles and Four-folds using four selections and Up & Down bets, this is the maximum variation.

Taking the Flag bet to an extreme is the Super Flag, which uses five selections to make up 46 different bets. That is made up of the following:

A £1 stake per line amounts to a bet of £46, with one selection winning ensuring a return. This time the wager promises the maximum number of Up & Down bets as Doubles, Trebles, Four-folds and Five-folds.

Rounder bets ask you to make three selections that are then used for three normal Singles and 3 ATC Doubles. The bet works like this:

If the idea of a Rounder doesn’t sound complicated enough for you then you might want to think about a Roundabout. This sees the same set of bets happening but with double the stakes if the Any-To-Come part of the bet is triggered.

As always with complicated bets, if you don’t really understand what they entail then you really shouldn’t be placing them. If you’re keen to in order to try to understand them, it’s always worth starting on lower stakes so that any liability you’ve got has been covered.