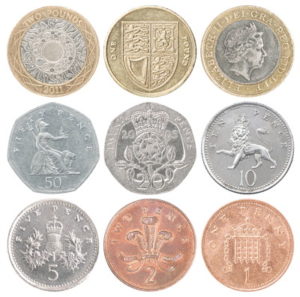 Betting is a fascinating world to do research into for the simple reason that so many people behave differently when it comes to it. There are scores of people who will bet huge sums of money on events hoping to make themselves a profit. Others, meanwhile, will only allow themselves to bet small amounts as a treat that is more about entertainment than a way to actually make money.

Whatever your approach, knowing what the minimum amount you can bet is will always be helpful in terms of figuring how much you’ll need to spend to place any sort of wager. The answer, as is so often the case, is slightly complicated. Some will ask for at least £2, whilst others will let you wager as little as one pence if you’re placing the bet on something with long odds. The exact answer will depend on the bookmaker that you use, the market and the odds.

There Are Different Limits 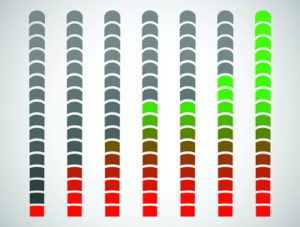 Bookmakers apply a whole host of different limits when it comes to accepting bets on their sites. They will have a minimum deposit, for example, which means that when you’re trying to get money to your betting account in the first place you’ll need to pay in at least that amount or you won’t be able to bet anything. There is also a maximum and minimum amount that you can withdraw from your account to your bank, which you’ll need to bear in mind.

If you have hit a big accumulator bet, say, and won £150,000 but the bookie will only let you withdraw £100,000 a year, you’ll have to wait a while to get your hands on your winnings. Equally if you’ve only got £3 left in your account and the minimum withdrawal is £5, you will have to go through a complex process of depositing money in order to withdraw all of it. There can also be maximum stake limits or maximum payouts.

The above is a brief guide to the various manners in which bookmakers attempt to have some control over the amount of money that they have at risk at any given moment. They also have restrictions in place on how little people can bet for numerous different reasons, not the least of which is their unwillingness to trade in particularly small margins. ‘Minimum bet amount’ is a reference to the smallest amount you can stake with a bookie.

Many will not have a set amount, instead altering depending on what it is that you want to bet on. It could be that the minimum stake for a straight single is £1, whilst you can bet as little as 1p with the same bookie if it’s on an 8-legged accumulator. You might also find that a bookmaker has a minimum bet amount of, say, 10p, but that if you’re hoping to access live streams for horse racing events then you may need to bet at least £1 on the race in question.

Accepting low stakes might seem counter-intuitive for a bookmaker, but there are enough people who wager such small amounts to mean that it actually provides bookies with a constant profit. Given that there is usually also only a small amount at risk for companies, it makes sense for all parties to allow such ‘micro-rollers’ to take advantage of low stake restrictions. There’s always the ability to limit their account if they become too successful. 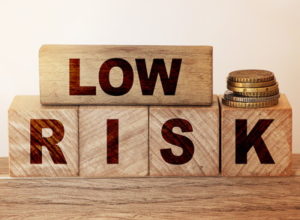 The key reason a punter might be interested in placing low stakes is that it allows them to enjoy the thrill of betting without risking much capital. It is also a way of exploring how good, bad or indifferent a new betting site is without the need to spend much money in doing so. There’s also the fact that punters might be interested in placing a Yankee, Lucky 15 or other form of full cover bet but without risking a huge sum.

Essentially, any long-shot bet can be taken advantage of by a little bit of money for a big reward. Accumulators are the most obvious example of getting involved in this form of betting. If you wanted to place a bet on all of the fixtures during the opening weekend of the 2020-2021 Premier League season, for example, then it would have involved eight legs with odds of 317.84/1 for sensible choices and you could bet a minimum of 1p with Paddy Power.

For bookmakers, allowing punters to start their betting life with small amounts is essentially a way of getting them interested in betting in the first place. There will obviously be a hope that the customer will move to larger stakes over time, which will eventually hand them larger profits. It is not uncommon for people to increase their stake amount, especially after enjoying a modicum of success with smaller stakes.

Unless you’re the sort of person that likes to bet against your own team in order to soften the blow of seeing them lose, there’s not much point in placing small bets on markets with low odds. The main benefit of placing low stakes bets is when it’s on a market that will present you with a big profit regardless. There are plenty of ways to do this even away from accumulator bets, with some bookies offering jackpots that will do just that.

It’s not unheard of for a bookmaker to ask customers to predict the outcome of a given number of matches, paying out a huge jackpot if they succeed. Swapping £1 for £1 million doesn’t sound like a bad idea! Yet they do it because it’s very difficult to win and they will make far more than £1 million if enough customers get involved in the jackpot game. Keep your eyes peeled for customers that offer this sort of thing if you’re a low stakes player.