Those of us that enjoy placing a wager or two with online betting companies know that one of the most sensible things that you can do is to keep an eye out for offers. Though a lot of sites put forward loyalty offers for customers that bet with them on a regular basis, the majority of the best promotions are limited to new customers.

In order to take advantage of said offers you usually have to make a deposit into your new account, often finding that the amount that you deposit will have a direct influence on the size of your bonus offer.

The problem is, most betting companies limit the deposit method that you can use when placing a deposit and looking to take advantage of an offer. Within that eWallets, especially Skrill and NeTeller, tend to be excluded by gambling sites, meaning that punters will need to use an alternate method for their deposits if they wish to be able to take advantage of the promotion being put forward.

There are numerous reasons for this, though the main one is that they are less discerning when it comes to verification processes than banks and other deposit methods.

What Are Skrill & NeTeller?

Before we start getting into the nitty gritty about why it is that betting sites don’t allow customers to take advantage of their offer if they have deposited funds with Skrill or NeTeller, it is first worth having a look at what those two companies actually are.

The two are quite similar, not least of all because they are both owned by the same parent company. That company is Paysafe Limited, formerly known as Optimal Payments Plc. They are slightly different, even if they were competitors in the same market for a time.

NeTeller is an eWallet service that gives customers the opportunity to add and withdraw money to and from merchants and other people, as well as the chance to transfer funds. It also offers a pre-paid card in the form of the Net+ card, which is currently available in eight different currencies.

Skrill focusses on low-cost international transfers of money, with payments able to be made through the internet with a Skrill account. You can see how similar they are in what it is that they offer and why it is that they were rivals when first launched. 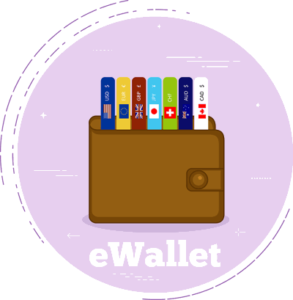 When Skrill and NeTeller both first launched as companies, the idea was for them to make it as easy as possible for punters to transfer money. Whether it be sending money to other people or specifically focussing on companies seeking payment, the whole point of businesses like Skrill and NeTeller were their simplicity of use.

As a result, the two companies are less forthright when it comes to the identification of the customers that use their services. For an industry that is obsessed with money laundering and is always scared of bonus abuse, this is problematic.

The consequence of this is that betting companies will not accept Skrill or NeTeller deposits when it comes to making use of their bonus offers. This is because many people have attempted to use such services to sign up for multiple accounts, therefore giving them the opportunity to get bonus money numerous times, when really it should be limited to just one per customer.

This is especially the case with Skrill, which was set up as an eWallet for gambling sites during the company’s more formative years, so its base user has long known it as a method to avoid detection.

Whilst betting sites do not want customers to be taking advantage of their bonus offers by setting up numerous accounts, they are positively terrified of people that launder money. This is because money laundering is a major issue in the gambling industry, with those that might wish to take advantage of such a nefarious activity doing so thanks to accounts with gambling companies.

Globally, somewhere between $800 billion and $2 trillion is laundered every year; though it is important to note that this isn’t exclusively thanks to gambling. Even so, it is something that the UKGC has cracked down on.

Given the likelihood of being issued with a large find from the United Kingdom Gambling Commission for failing in their anti-money laundering requirements, it is no surprise that betting sites want to avoid even the merest suggestion of a customer being able to open an account without confirming who they are.

The fact that the likes of Skrill and NeTeller are nowhere near as stringent as banks when it comes to their Know Your Customer schemes, it is hardly a surprise that betting sites simply refuse to allow them to be used for bonus deposits.

The reality is that it is relatively easy to open a betting account. Indeed, anti-gambling campaigners would suggest that it is much easier to do than it should be. The question therefore becomes about how betting companies move to stop people from opening several accounts and being able to take advantage of a welcome offer or promotion with each account that has been opened.

The answer comes in the form of monitoring, with the likes of e-mail addresses, physical addresses and bank accounts all flagged up if and when an account is opened that has used one of more of those things in the past.

It is simple to open a new e-mail address. It is easy enough to use a different physical address, should the punter opening the account have friends or family members that are happy to let them use theirs. It is much harder to open a new bank account that can’t be traced back to the person in question, however.

This means that betting sites have to avoid allowing the use of eWallets or similar, which fail to be as in-depth in their checks as actual bank accounts. The simplest way of them stopping people from using them for bonus abuse is to simply not allow them in the first place.