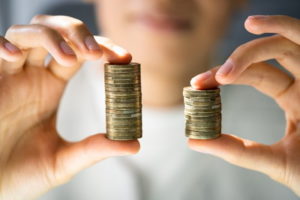 Look on any betting website or in a bookmaker’s shop and you will see references to ‘responsible gambling’ everywhere you look. In one sense, this is just the gambling industry covering its back by putting the onus for being responsible on the people that are placing the bets. In another sense, though, it is a fair point that should be given due consideration. What exactly constitutes ‘responsible gambling’? Someone who earns £1 million a year can afford to lose more than someone on minimum wage, so what does responsible gambling look like for each of them?

The general rule of thumb is that you should only bet what you can afford to lose, but evidently that will differ from person to person. On top of that, there have been conversations about introducing a cap on the maximum stake that people can play when they are using the likes of slot machines online, so who gets to decide what they stake should be? The millionaire would like set their stake much higher than the person on minimum wage, so one person can be betting responsibly at the same time as an other person definitely isn’t.

Only Bet What You Can Afford To Lose 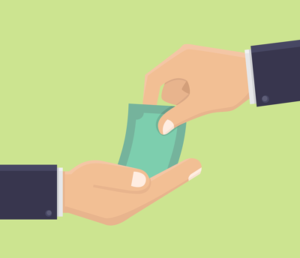 One of the most oft-trotted out clichés in the world of gambling is that you should only ever bet what you can afford to lose. The reason why it is so commonly spouted is that it makes perfect sense. If you only ever bet an amount of money that you can afford to lose then you will not cause harm to yourself and others through gambling, nor even be in a situation where gambling will have all that much of an effect on your life. The problem is, this notion requires people to have a much better grip on their finances that the majority of normal people ever actually do.

Ask yourself, do you know what all of your out-goings are this month? How about over the course of a year? Are you in a situation where you can save up to go on holiday, say, or do you just book it and worry about the consequences later? A lot of people fall into the latter category, so they wouldn’t really know how much money they can afford to lose at any given moment. There’s also the question around what that means, exactly. If you choose not to eat, you can afford to lose the money that you were going to spend on food.

Look At Your Bankroll 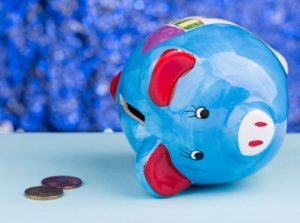 For some bettors, there is no bankroll. Instead, they simple move money out of their current account and into their betting account whenever they fancy placing a wager. This is an entirely unreliable way of betting and makes it virtually impossible to keep track of how well your betting is going. Instead, the best thing to do is to have a bankroll, which is an amount of money that you place your bets with. This way, you can keep track of how much money you have won or lost over a certain period of time and a given number of bets.

From here, you can select a percentage amount of your bankroll to bet with, ensuring that you don’t get carried away with the bets that you’re placing. Typically, a sensible amount to bet with is between one and five percent of your bankroll with each wager. If your bankroll is £100, this would allow you to place between 100 and 20 bets without winning a penny back before your bankroll runs out. This is a sensible approach to placing wagers, not least of all because it will ensure that you gamble in a responsible manner.

Can You Legislate ‘Responsible Gambling’?

As part of the government’s review into the Gambling Act of 2005, a suggestion was made that maximum stake limits should be introduced to slot games that are played online. The idea was that this would bring them in line with the Fixed Odds Betting Terminals that saw a maximum stake placed on them in 2019, with punters allowed to bet a maximum of £2 per spin, compared to the £100 per spin in place before then. The question is, what is a responsible amount that people should be allowed to bet on the online slots if they choose to?

As we’ve already covered, the ‘responsible’ amount for one person won’t be the same as it will for someone else, so is it right to even consider it? The reality of a free market is such that most people will think that gamblers should be allowed to make their own decisions around how much they bet. It is not up to someone else to legislate how much you can or cannot afford to lose, so trying to do so is incredibly difficult. There will always be people that are disappointed and annoyed with limits put in their way, so is it right to even try?

A Proportion Of Income 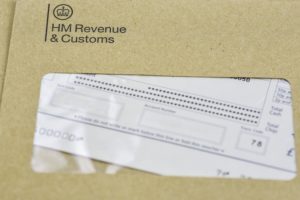 One suggestion that has been made is that people should be limited to betting a proportion of their income. This would obviously reduce the chance of people developing gambling problems as they would theoretically be unable to spend more than their allotted amount. The problem is that those with a gambling problem could turn to crime to fund their gambling and even if licensed betting site will not take their money there are unfortunately plenty of unregulated black market sites that will.

Unlicensed sites do get shut down and restricted but the internet is a big place and there are always new ones coming online.  These sites can often seem to offer more value as they don’t pay tax and other levies but ultimately you have no protections.  This means there are no laws to protect you financially (they could just steal your money or withhold winnings) and just as importantly in terms of responsible gambling, they will not care if you have a problem or how much of your income you spend.  This is an important consideration for regulators as capping licensed betting should not come at the benefit of unregulated gambling, the point is to help people control gambling not just move the problem to the black market.

Introducing a cap on how much someone can bet based on their income would make some sort of sense, but at the same time it would be unfair to those on lower incomes. This sense of ‘protecting’ them is patronising at best, offensive at worst. There is also the fact that, according to studies, people on lower wagers tend to bet more than those on higher wagers. Here is a look at the percentage of a household wage spent on gambling accusing to disposable income by decile group:

You can see that those on the lowest income spend the most, relatively speaking. Even so, the average is still less than 1% of the household income, so what cut-off would be enough to ensure that they don’t get themselves in a situation where they are betting too much? Whichever way you look at it, it is a complex topic that lacks clarity.

What is responsible gambling? The truthful answer that it is a handy catchphrase that allows for the abdication of responsibility.  The only way to know what responsible gambling is for you is to sit down and work out what you spend on gambling and how that relates to what you can afford to spend.  Licensed sites will let you set deposit limits and some will let you set spend and stake limits too.  These are easy to set up and could prevent you from making impulsive decisions that can lead to you losing more than you can afford to.