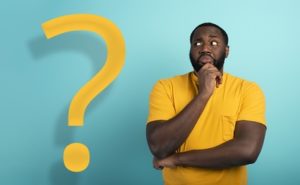 In the era of mobile betting and gambling firms having a presence on social media, it’s easy to assume that there are no limits to what you’re allowed to bet on. To an extent, that assumption would be true if you were willing to place your bets with black market bookmakers, but we’d always encourage you to avoid that at all costs for a wealth of different reasons, meaning that you’re limited to what is legal.

On that front, there are a wealth of things that most gambling firms won’t take bets on, with a matter of taste usually being the reason for their reluctance.  Licensed betting companies have to abide by a code of conduct and that means they must be responsible when it comes to the markets they offer. 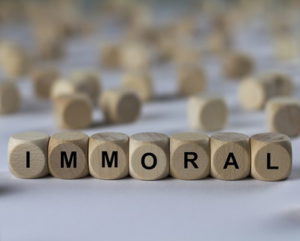 Whilst it might seem like you can bet on virtually anything, with bookmakers often offering odds on the likes of the colour of hat that the Queen will wear to ascot or whether or not we’ll discover intelligent life within a given time period, betting companies are less keen to take wagers on events that fall into the category of ‘immoral’. There are many things that come under such a headline, with deaths of people being high on the list.

Whilst Doug Stanhope’s Celebrity Death Pool is a well-known website in which people earn points for correctly predicting the death of a famous person, the site actively discourages gambling on this for money and you’d be extremely lucky to find a bookmaker willing to take a bet on such a thing. There are numerous reasons for this, not least of which is the fact that someone could actively try to make their bet come in.

If you’re particularly desperate to bet on the idea of a death then you might want to get into eSports and wager on the likes of a Call Of Duty game, in which there are deaths on a regular basis. An example of bookies refusing to take bets on death came in 2008 when Barack Obama won the election for the presidency of the United States of America and punters began to ask if they could bet on him being assassinated.

Paddy Power, the Irish bookmaker, did offer odds of 12/1 on Obama not completing his first team in office for whatever reason, including assassination, but removed the bet after a flood of complaints. Meanwhile, two Australian bookmakers refused to payout on him winning the election in case he was assassinated before he was sworn into office. They also feared he might suffer a stroke or be hit by a bus.

Some bookies get around this by changing the terminology around the markets.  For example, you can bet on when the next pope will be announced, this commonly only happens when the current pope dies.  You can also bet on the effects of climate change, which includes species going extinct, although not humans of course. 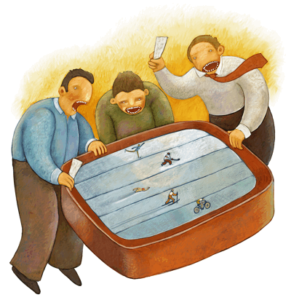 There are some amateur sports that you can bet on, with the Olympics being a good example of a tournament that predominantly involves amateur participants. That is the exception that proves the rule, however, and the majority of amateur sports will not be found on a bookmaker’s website for you to place bets on. Examples of this include the likes of your daughter’s under-11s football team being available for wagers.

In short, anything that can be influenced by the person placing the bet will be something that bookmakers will avoid. It’s not illegal to place such a bet, it’s just that bookies will know that you’ll have far more information about it than them and you’ll be able to influence what happens, which makes it something that they won’t see any value in offering you some odds on.

You will be able to place a bet on the likes of your son being part of an FA Cup winning team before he’s 20-years-old, say, but betting companies will do a good amount of research before they offer you any odds on it happening. They’ll know that you will be able to encourage your son to become a football and to train hard, but winning an FA Cup or playing for England is a much more tricky thing to accomplish. 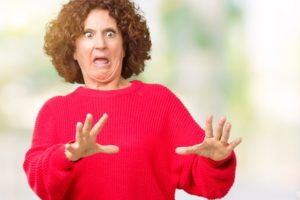 There are a host of reasons why bookmakers don’t like accepting bets on certain things, ranging from moral ones to reasons that are entirely business-based. Given that we live in an age of social media companies being everywhere and influencing news output in papers and television, bookies are reluctant to accept bets that would give them a bad name or result in them getting bad press.

This isn’t the same as them actively having moral objections, of course. The reality is that bookmakers benefit when people place bets, regardless of the outcome. They couldn’t care less whether you were betting on a football match or a presidential assassination, but they know that other people would care and so they avoid it where possible. For that reason, such bets only tend to be available on illegal sites or cryptocurrency markets.

Mainly, bookmakers just don’t like losing money. If you’re trying to place a bet that you have more knowledge of the bookies about then they’re not going to accept it. It makes complete sense when you remember that bookmakers are businesses, on top of the fact that they’re under no obligation to accept your bets in any circumstances. Indeed, many successful punters find their accounts limited for exactly that reason.

The whole idea of bookmaking is also to balance markets, by accepting an equal proportion of bets on the various outcomes they ensure a profit whatever the result (in most cases).  The issue with many of the special bets we talk about here is that there is almost no way for a bookie to balance these markets and that means risk and bookies don’t like risk, it isn’t good for future revenue predictions.  You’ve never met a poor bookmaker right, or so the saying goes, and that’s largely because they pick and choose what they will accept bets on.

It is seen as wrong by many people to accept bets on the outcome of children’s sports events, which is why bookmakers don’t offer such markets. In truth, many would if they didn’t think that they’d get bad press, but the modern era is such that the idea of betting on anything to do with children is very much frowned upon. In fact, children themselves betting is seen as a growing problem, so bookies want to steer clear of anything that might incur the wrath of the United Kingdom Gambling Commission.  In Sweden, for example, bookies can’t even accept bets on sports that involve under 18’s.