For betting sites, the worst possible thing is when a punter has done their research and knows information on the topic that they’re betting on. Indeed, bettors who win consistently and withdraw regular profits will often find their accounts limited if they are too successful. The people that betting sites much prefer are mug bettors, who don’t do any research into the topic that they’re placing wagers on and act instinctively, often getting terrible value for their bets and losing on a much more regular basis than they win.

These so called ‘mug’ bettors are exactly the kind of people that betting sites appeal to, people who gamble for entertainment more so than actually trying to turn a profit.  There is nothing wrong with betting for entertainment either, it’s just colloquial phrase used in the industry for people who do not do research and place instinctive bets without thinking about overall odds value and how these reflect true probabilities.

Placing a mug bet is therefore placing a bet because you like the sound of it as opposed to placing a bet you think is good value.  Even people who place serious bets most of the time place occasional mug bets in order to make them look less serious to the bookies, making them less likely to be limited as quickly.

What Mug Bettors Tend To Do 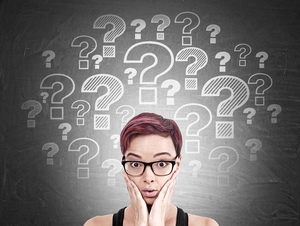 If you’re trying to work out what a mug bettor might do, ask yourself if the approach is the most sensible one to take. If the answer to that is ‘no’ then the likelihood is that it is what a mug bettor would do. Sensible punters, for example, would ensure that they’re always taking the best odds that they can get, but mug bettors will often fail to do that.

The best bettors out there know that the In-Play markets are to be avoided at most times, as well as the fact that Cash Out options aren’t good value in general.  They will avoid bets with additive margins, such as accas and bet builders, and steer clear of bets that are uncompetitive and have poor value, such as bet requests. Mug bettors, on the other hand, will do all of these regularly.

Those that know what they’re doing when it comes to betting markets will always be on the lookout for good value markets. This can include placing occasional bets on a sport that they don’t usually bet on, simply because they’re spotted an opportunity to back-to-lay on an exchange or because they think odds are weak. Mug bettors will occasionally bet on markets that stray from their usual ones, but only because they’ve felt in the mood to do so, rather than because they think they can can find value. It is a simple way of knowing the difference between those who bet to win and those who bet to increase engagement in the thing they are betting on.

For example, someone who religiously bets on their football team each week and picks a poor value market such as a first goalscorer or a bet builder, would be someone that the bookies would class as a ‘mug bettor’.  It doesn’t mean they are not getting enjoyment from the process of betting, it makes them more engaged in the game and the players, but ultimately they are unlikely to make money in the long term from betting.

One of the main things that you’ll find a mug punter doing on a regular basis that a serious bettor will rarely do is placing bets on the likes of multiples and accumulators. The reality is that such bets are extremely hard to win and the odds on them given to you by bookies are nowhere near the outcome’s true odds. Consequently, sensible bettors will steer clear of them whilst mugs place those sorts of bets all of the time. This is because some mug bettors chase big wins, rather than steady ones, meaning that they regularly make poorer choices.  Again, though, it depends why you place these bets, someone placing an acca with £1 a week and enjoying the process may not win overall but may get entertainment value from it.

The final thing worth mentioning that mug punters tend to do often whilst other bettors don’t is to chase a target. If you look at any sort of ‘get-rich-quick’ scheme around the world of betting, you’ll find that they often tell you to re-invest your winnings. This seems like a sensible thing to do on the face of it, but when you realise that someone is telling you it’s how to turn £20 into £200 quickly, it is very clearly nonsense. There is no shortcut to success and the best punters will absorb their winnings into their bankroll rather than try to double it at the first time of asking.

How To Avoid Being A Mug 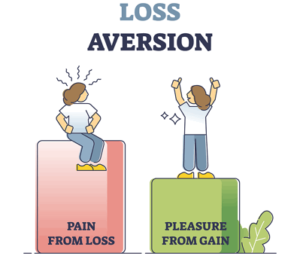 Mug bettors will often find themselves making poor decisions and losing more money than they win. Whilst it is obviously impossible to guarantee that you ever win money via betting, what you can do is make it much less likely that you’ll lose money on a regular basis. Every single time that you place a bet, you need to ask yourself if it’s the right decision for you and whether it is likely to win you money. Again, there’s never a certainty that a bet will be a winner, but you can know whether it is likely to be a loser.

Sometimes bookmakers will have something at odds of, say, 100/1 because they’ve got their maths totally wrong. Most of the time, though, a market will have those odds because it is extremely unlikely to win. Just because you have a ‘feeling’ that something will be a winner doesn’t mean that it actually will be. In other words, if you’re using your intuition more often than you’re relying on your research, the likelihood is that you’re about to make a bet that a mug would make. Stop, think about your decision making and ask yourself if you made the right ones to get you where you are before you place any wager that might make you a mug.

It’s not just people who place throw away bets or back selections at long odds in accas who can be classed as ‘mugs’.  Humans are naturally loss averse, the pleasure from a win being less than the pain from an equivalent loss.  Therefore some people always back the safe option, the favourite or something with low odds that is likely to win for this reason.  Backing the favourite all the time is a sure way to win regularly but actually lose money overall, it can create a false sense that you are winning when in fact you are losing money in the end.  The same issue exists in the casino world, where slot games can make people feel like they are winning when overall most are losing.