Much of the world’s news recently has centred on the Russian invasion of Ukraine, which was ordered by President Vladimir Putin and began on February 24. Every day since then, it has become clearer that the war taking place has had a huge impact on Ukraine, and it has been condemned by world leaders from multiple countries. As a result of Putin’s advance into Ukraine from multiple directions, various sanctions have been imposed on Russia, and multiple companies have ceased doing business with the country.

Burger King has ended corporate support locations in Russia, and the import and export of vehicles from the Jeep, Fiat and Peugeot brands have also been suspended. Other brands to have pulled out of or suspended activity in Russia include Unilever – which owns brands like Dove and Sunsilk – Ikea, H&M, TJX – which owns T.J. Maxx and Marshalls – Adidas, Shell, BP, Goldman Sachs, Western Union, American Express, Mastercard and Visa, Mars, McDonald’s, Netflix, PepsiCo, Sony, Uber, Hilton, and many more.

And it seems as though gambling companies aren’t settling for the simple route of just continuing on as normal. With global condemnation of Russia’s invasion continuing, a variety of international bookies have ceased operations in the country. Parimatch, which is based in Cyprus but was founded in Kyiv, announced it is withdrawing its Russian franchise earlier on in March, as did Bet365. 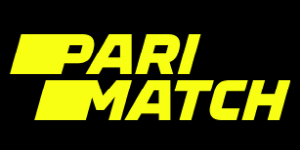 Parimatch released its own statement on March 1 regarding the Ukraine invasion by Russia. Within that statement, it confirmed that it had prepared and delivered termination documents to Betring LLC, which has been responsible for providing Parimatch operations in the country since 2016. It went on to say that it is also continuing to develop more restrictions on the use of its brand in sponsorship contracts. Currently, Parimatch serves as a local sponsor for Spain’s La Liga in the CIS region – Russia is the largest territory within that zone.

“We have always been proud of the Ukrainian roots of our company, and in these difficult times we are even more overwhelmed by love for our native country”,

the statement from Parimatch noted. It then went on to condemn the Russian invasion before announcing the launch of its UAH 30 million fund, equating to around £767,000. This, it said, would all go towards providing direct support to the Ukrainian Armed Forces.

Parimatch was founded in Kyiv back in 1994, which was three years after Ukraine gained its independence from the Soviet Union. It served as one of the very first online businesses in the country and in 2021, it became the first betting company in the country to buy a licence following new legislation being adopted by parliament. 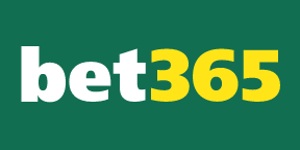 While nothing was outrightly confirmed by Bet365 initially, Russian sources provided information regarding the betting company’s status within. The global betting giant reportedly halted all services in Russia, with clients based in the country having until Tuesday, March 15 to withdraw funds from their accounts.

Later on, it was discovered that Bet365 had informed all of its partners to stop using logos, banners and marketing materials that could be utilised to promote the brand within Russia. No official reason was provided by Bet365 as to why operations were stopped in the country, although it is likely to be for the same reason as Parimatch.

And these aren’t the only gambling companies to have taken action against the Russia-Ukraine war. Many sports organisations have taken significant decisions against Russia, including FIFA, UEFA and the National Hockey League (NHL). Russia will not be able to compete in the 2022 FIFA World Cup or the UEFA Champions League, with the latter’s location being changed from the former St Petersburg Gazprom Arena. All NHL business deals in Russia have also been suspended. Additionally, Formula 1 has terminated its contract with the Russian Grand Prix.

The Polish sports data company known as Statscore has also pulled its operations away from Russia, stating that it is no longer supplying the country with statistics and updates from Russian or Belorussian sports events.

Sportsbooks providing odds across the United States of America have also stopped accepting any bets on Russian sporting events. This has seen both mobile and physical sportsbooks suspend any Russian betting markets in their own response to the war in Ukraine. Big-name brands like DraftKings, the Superbook at Westgate Las Vegas, and Caesars, are all participating in the sanctions. 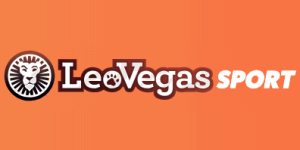 As well as the companies already mentioned from within and out of the gambling scene that have exited from the Russian market, Genius Sports added its name to the growing collection of those exiting. It announced its support for Ukraine on March 7, ceasing all commercial operations in Russia and Belarus.

Sweden’s LeoVegas platform took the same stance, suspending betting on sporting events in Russia and its co-belligerent neighbour Belarus. CEO Gustaf Hagman confirmed the decision via a LinkedIn post. Within that post, he said that athletes and teams from the two countries had already been banned from international sporting events by many federations. He confirmed that LeoVegas has never supported registrations from either country, but that he did not want the company to lend any sort of legitimacy to their leagues or competitions. The LeoVegas Group also donated SEK 500,000 (around £40,000) to the International Committee of the Red Cross (ICRC) to assist in Ukraine.

PointsBet and FanDuel have also pulled their support for sporting events in both Russia and Belarus, which is likely to affect competitions like the Kontinental Hockey League (KHL).

Yet some big-name companies have yet to do anything with regard to their status in Russia. The company Mondelez, which is responsible for brands like Oreo, Ritz, Cadbury and Trident in Russia, is still trading with the country. A spokeperson for Mondelez said the company is “scaling back all non-essential activities” there, while trying to ensure a continuity of food is supplied during the current situation.

Italian fashion company Salvatore Ferragamo remains present in Russia, although it does not directly operate there and is instead managed by a local distributor. And while Mars suspended advertising in Russia and Belarus at the beginning of March, it is continuing to produce goods in its Russian factories. Additionally, brands like Kimberly-Clark, cosmetics company COTY, Intercontinental Hotels Group, Accor Hotels, and Citigroup, as well as others, have remained present in Russia.